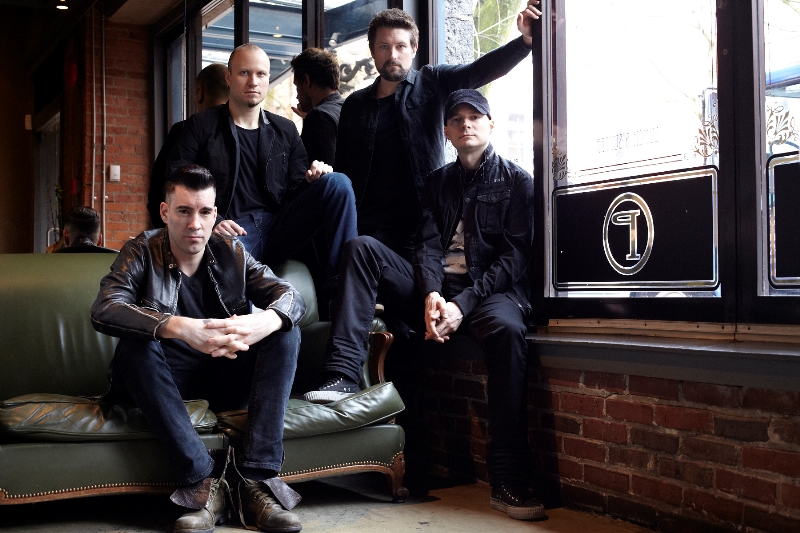 The Molson Canadian Centre at Casino New Brunswick presents Theory Of A Deadman live in Moncton on Saturday, November 19th at 8 pm.

In the middle of 2013, the platinum-selling Canadian quartet, Theory Of A Deadman began working on what would become its fifth full-length album, Savages (Roadrunner Records/604). However, everything in their lives rapidly and unexpectedly changed. Whether it be a shake-up at their label, waning interest in rock at radio, or the downturn of society at large, a myriad of issues weighed heavy on members Tyler Connolly (Lead Vocals, Lead Guitar), David Brenner (Rhythm Guitar), Dean Back (Bass), and Joey Dandeneau (Drums). So, Connolly channelled it all into his songwriting.

Once again teaming with super producer Howard Benson (My Chemical Romance, Halestorm) in the studio, he tapped into the same robust riffing and primal power that coursed through the group’s 2008 platinum-certified breakthrough, Scars & Souvenirs—which yielded the #1 Mainstream Rock Radio smash “Bad Girlfriend” as well as “So Happy” and “By The Way”. Lyrically, Connolly turned his attention to the state of the world around him and churned out the band’s catchiest and most crushing statement yet.

The band’s first single “Drown” ebbs and flows between a staggering wall of distortion and an infectious chorus from Connolly. The tide comes in with one of the group’s biggest anthems. The title track functions as the album’s clarion call, and it enlists a chilling spoken word and hypnotic harmony from none other than the legendary Alice Cooper.

The album does uphold a tradition for Theory of a Deadman, bringing another ballad to the fold, though it’s not a “breakup song” per se. This time, “Angel” swings from a bright guitar into a heavenly refrain about a different kind of love. At the same time, they also stomp into new territory altogether with their first-ever proper “country” track. For “Livin’ My Life Like a Country Song”, the boys enlisted the guitar and vocal talents of Rascal Flatts’ Joe Don Rooney. As a result, they collectively tell a rollicking and raucous little tale worthy of Nashville.

That songwriting prowess solidified Theory of a Deadman as a major contender in modern rock since their self-titled 2002 debut. Most recently, 2011’s The Truth Is… landed in the Top 10 of Billboard‘s Top 200 Albums Chart upon its debut, while topping the “Top Rock Albums”, “Top Alternative Albums”, and “Top Hard Rock Albums” charts. In addition, it spawned the #1 radio hit “Lowlife”, which ruled Rock Radio for three weeks straight. Along the way, the group has toured with everybody from Alter Bridge, Stone Sour, and Godsmack to Daughtry and Mötley Crüe. However, Connolly and the guys always have the same goal in mind.

“We want to give fans a great Theory of a Deadman record,” Connolly leaves off. “We owed them this album. It’s completely real, unrestrained, and unbridled. We want their acceptance above all. This is for them, and we’re all extremely proud of it.”

For more information on Theory Of A Deadman, visit: theoryofadeadman.com