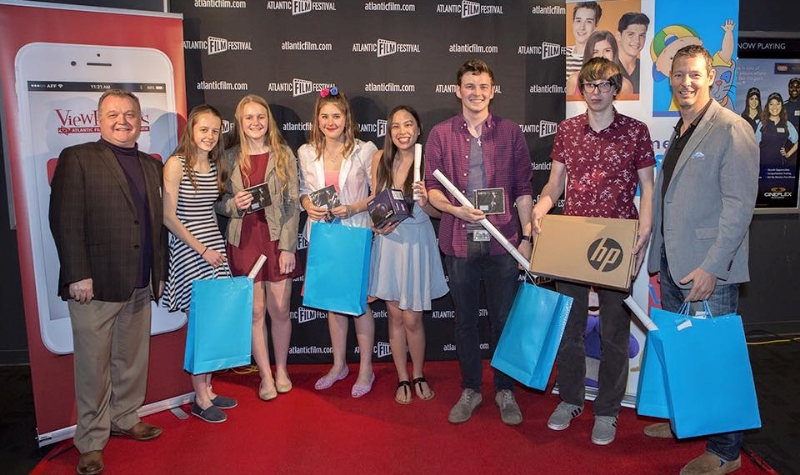 The annual festival of film, video and media for youth announced its award-winners for the ViewFinders Youth Film Competition presented by DHX Media in a press release issued today. The screening took place at the Scotiabank Theatre in Halifax on Saturday June 4th.

This year’s Jury was made-up of members from the Atlantic Canadian film community, including Rhys Bevan-John, Dawn George, Tara McClair, and Megan Wennberg. These exceptional individuals decided the awards to celebrate the best youth made films submitted to the competition as part of the ViewFinders Youth Film Competition presented by DHX Media.

“ViewFinders expanded its reach in 2016 as we took the Festival on tour throughout the Maritime provinces. At each stop the enthusiasm we saw coming from students of all ages was incredible,” said Wayne Carter, Executive Director at the Atlantic Film Festival. “The ViewFinders team encourages young filmmakers to put their ideas on the screen and the Youth Film Competition is the extraordinary result of youthful exuberance meeting an art form head on. Every year we are astounded at the creative imagination these talented young filmmakers bring to this event.”

Each year ViewFinders presents the best in regional, national and international films for youth, tackling issues from multiculturalism and community to sustainability and creativity. The program’s activities introduce the wonderful world of filmmaking through hands-on media workshops, and through film competitions, ViewFinders provides a platform for young filmmakers – a proven launching pad for the next generation of talent.

ViewFinders is the first step in a life full of experiencing and celebrating the art of film and filmmaking.