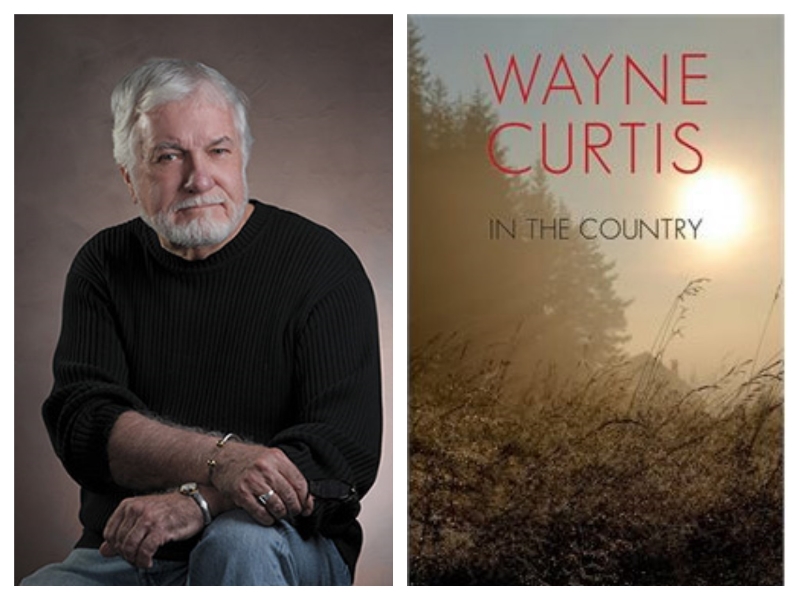 Published by Pottersfield Press, In The Country is a collection of Wayne Curtis’s unflinching but lovingly told short stories about the hardships of rural life for his generation. Despite an abiding love for the natural settings in which he himself grew up, Wayne’s fictional stories describe the restrictions facing young people who yearned for a life beyond the farm. Country life, with its peacefulness and beauty, its seasonal rhythms and gifts, also held many boys and girls back from achieving their potential. In the Country tells their story.

Wayne was born near Blackville in Keenan’s in 1943. He started writing prose in the late 1960’s. Books In Canada described his work as “A pleasure to read, for no detail escapes his discerning eye.”

He is twice winner of the Richards Award for short fiction as well as the Woodcock Award, the CBC Drama Award, and A and B Grants from New Brunswick Arts Board, and The Canada Council for the Arts. His stories have appeared in literary journals; The Fiddlehead, The Cormorant, Pottersfield Portfolio, Nashwaak Review, Antigonish Review, Origins Literary Journal, New Brunswick Reader, New Maritimes and in the anthologies, Atlantica, STUReader and Country Roads, a national collection of rural essays. His short stories have been dramatized on CBC radio and for CBC television.

In the spring of 2005 Wayne Curtis received an Honorary Doctorate of Letters from St Thomas University. For his numerous literary contributions and his commitment and dedication to Atlantic salmon conservation, Wayne received the Order of New Brunswick in 2014. He has lived in southern Ontario, the Yukon and Cuba. He currently divides his time between the Miramichi River and Fredericton.

Wayne Curtis will be signing copies of his book at Mill Cove Coffee Shop, 144 Newcastle Boulevard in Miramichi on Thursday, March 17 from 1-3 pm. In honour of St. Patrick’s Day they are serving cabbage rolls and rice to celebrate.