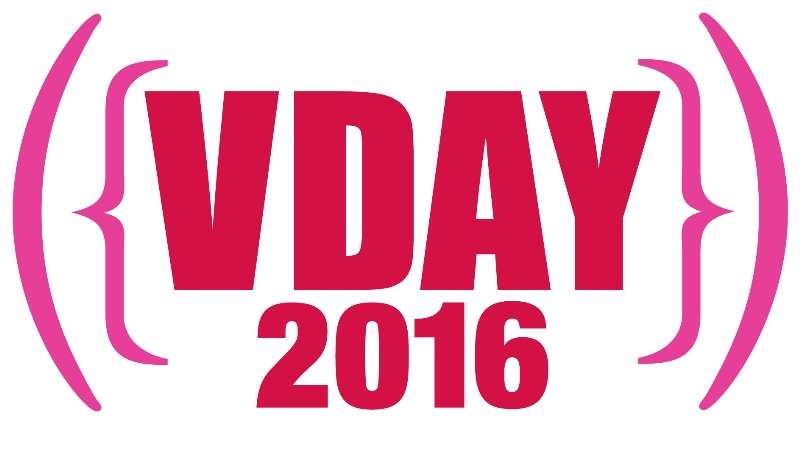 Last year over 5800 V-Day benefits were held around the world raising funds and awareness toward ending violence against women. These highly successful events raised over $5 million through performances of The Vagina Monologues, readings from V-Day’s A Memory, A Monologue, A Rant and A Prayer and Any One Of Us: Words From Prison, and screenings of V-Day’s documentary Until The Violence Stops and the PBS documentary What I Want My Words To Do To You. The Greater Moncton Women’s Progress Club has joined this global movement as part of the V‑Day 2016 Campaign.

This special benefit performance is presented this year as part of V-Day’s campaign ONE BILLION RISING FOR JUSTICE, a global call for women survivors of violence and those who love them to gather safely in places where they are entitled to justice – courthouses, police stations, government offices, school administration buildings, work places, sites of environmental injustice, military courts, embassies, places of worship, homes, or simply public gathering places where women deserve to feel safe but too often do not – and release their stories through art, dance, marches, ritual, song, spoken word, sit ins, and testimonies.

What are The Vagina Monologues
Hailed by The New York Times as “funny” and “poignant” and by the Daily News as “intelligent” and “courageous,” The Vagina Monologues, which was first performed off-Broadway by Ms. Ensler, dives into the mystery, humor, pain, power, wisdom, outrage and excitement buried in women’s experiences. Ms. Ensler has performed the play to great acclaim throughout the world – from Zagreb to Santa Barbara, from London to Seattle, from Jerusalem to Oklahoma City. Villard Books/ Random House first published The Vagina Monologues, which includes a foreword by Gloria Steinem, in February 1998. A special edition was released in hard cover and paperback in February 2008 in honour of V-Day’s 10 year anniversary.

The Vagina Monologues will be performed at Harrison Trimble High School, 80 Echo Drive, Moncton, at 7 pm (doors open 6:30 pm), February 25th. Tickets are $20 and may be purchased at Stile, 55 Champlain St, Dieppe or Second Edition, 215 Park Street, Moncton or from any member of the Greater Moncton Women’s Progress Club.