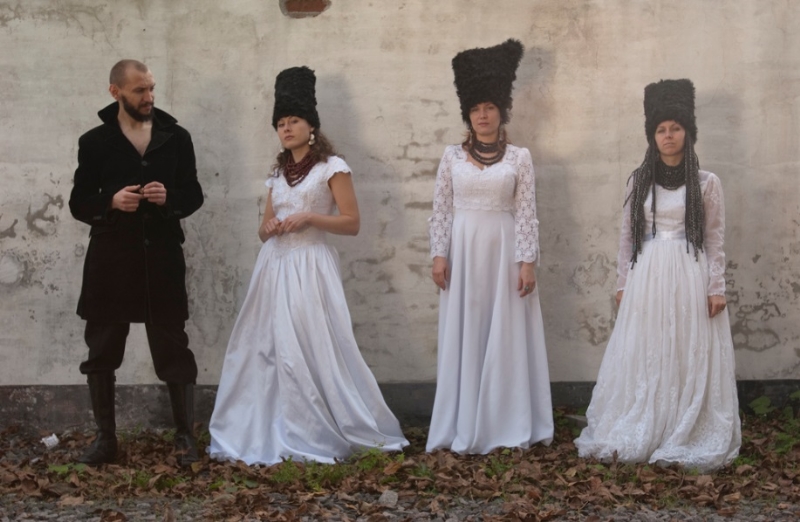 DakhaBrakha, Ukraine’s “ethno-chaos” band, does far more than introduce Ukrai­nian music or prove it is alive and well. Its musicians craft stunning new sonic worlds for traditional songs, reinventing their heritage with a keen ear for contemporary resonances. With one foot in the urban avant-garde theatre scene of Kiev and the other in the village life that nurtured and protected Ukraine’s cultural wealth, the powerful voices of DakhaBrakha show­case the full fury and sensuality of some of Eastern Europe’s most breathtaking folklore. The name DakhaBrakha is original, outstanding and authentic at the same time. It means “give/take” in the old Ukrainian language.

DakhaBrakha was created in 2004 at the Kiev Centre of Contemporary Art “DAKH” by the avant-garde theatre director – Vladyslav Troitskyi. Having experimented with Ukrainian folk music, the band has added rhythms of the surrounding world into their music, thus creating bright, unique and unforgettable image of DakhaBrakha. It will help open up the potential of Ukrainian melodies and bring it to the hearts and consciousness of the younger generation in Ukraine and the rest of the world as well.