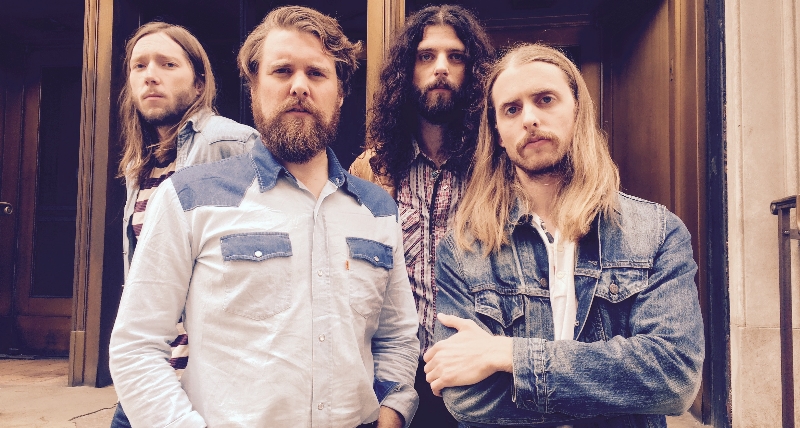 Fresh off an extensive US tour, The Sheepdogs are touring in support of their new album, Future Nostalgia. The tour kicks off in Montreal, QC on January 29th hitting more than 20 markets across Canada.

Future Nostalgia is the highly anticipated follow-up to The Sheepdogs’ 2012 award-winning self-titled LP. The lead single from the new album, “Downtown”, was the #1 most added track and also a Top 5 hit on Canadian rock radio for 10 weeks. Their new single “I’m Gonna Be Myself” has already climbed into the Top 10.

Produced by lead vocalist and songwriter, Ewan Currie alongside engineer, Matt Ross-Spang (engineer at Memphis’ Sun Studios) the 18 freshly minted tracks on Future Nostalgia were recorded in the quiet and idyllic setting of Stony Lake, Ontario. The latest record has many flavours showcasing the band’s creative license when left to their own devices ranging from the catchy, signature-sounding single “Downtown” to the introspective, and soulful groove of “Bad Lieutenant” to “Help Us All”, a fresh take on a vintage vibe.

The Sheepdogs, comprised of Currie, Ryan Gullen (bass/vox), Sam Corbett (drums/vox), Shamus Currie (keys/horns) formed in Saskatoon in 2006. The band have received widespread acclaim for their bold and beautiful take on classic guitar rock, evinced on three self-funded, independently released albums and their hard work, determination and impressive chops have earned them a fervent fan following, leading to the accumulation of various achievements and awards including four JUNO awards, seven JUNO nominations, Gold certification for The Sheepdogs and Platinum certification for Learnand Burn. The Sheepdogs’ 2012 self-titled LP debuted at #1 on the Top 200 SoundScan Chart, and garnered three #1 singles at Rock Radio including Gold certified tracks“Feeling Good” and “The Way It Is”.

For more information on The Sheepdogs, visit: thesheepdogs.com