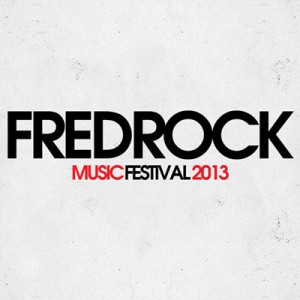 More artists will be announced throughout the month of May as well as the schedule for when they will perform.

Three-day passes go on sale Thursday May 16th at 10 am AST via FredRock’s official ticketing partner Ticketpro online at www.ticketpro.ca, by phone at 1-888-311-9090, or in person at all Ticketpro outlets in Atlantic Canada.

Before Kayne, before Drake, before Frank Ocean, before the Weeknd, before Odd Future, there was k-os. He returned with the double album, BLack on BLonde on January 29th via Crown Loyalist/ Nettwerk Records (US). For more information visit K-osmusic.com or like him on Facebook.

Widely recognized for his live performances, City and Colour has sold out countless shows worldwide, including performances at New York’s Terminal 5, London’s Royal Albert Hall and a three-night stay at Toronto’s Massey Hall. He has also performed at Bonnaroo, Coachella, Sasquatch, Austin City Limits, Lollapalooza, the Newport Folk Festival and Glastonbury Festival. City and Colour will celebrate the release of The Hurry and The Harm with a forthcoming North American tour. The shows will feature a brand new touring band including Jack Lawrence (The Raconteurs, Dead Weather) on bass, Dante Schwebel (Hacienda, Dan Auerbach) on guitar, Doug MacGregor (Constantines) on drums and Matt Kelly on pedal steel guitar and keys. For more information visit www.cityandcolour.ca  or Like on Facebook.

Buckcherry thrives on the fringe. The Los Angeles quintet doesn’t play by the rules, and they certainly don’t intend to start anytime soon. Merging punk grit, gutter attitude, honest storytelling, and razor sharp hooks, the group remains rebellious in every way. There’s no formula. There’s no agenda. There’s no filter. There’s no stopping. There’s just rock ‘n roll. Isn’t that the way it’s supposed to be? Well, that was the idea from the moment Josh Todd (vocals) and Keith Nelson (guitar) serendipitously met in a Southern California tattoo shop in 1995. Shortly after their chance encounter, the duo began cutting tracks in the vocalist’s bedroom on a four-track recorder with a small drum machine, and a no-frills approach to making music was solidified early on. For more information visit Buckcherry.com and Like them on Facebook.

The term rock ‘n roll gets thrown around pretty haphazardly. One can go as far as stating it’s been bastardized to the point of being unrecognizable, ironically shouted on stages worldwide, and classified dead or MIA by the very musicians that once upheld the standard. But the constant show regiment and recording process is sharpening Monster Truck’s delivery and there’s no doubt that anyone still interested in original and authentic rock music will be compelled to pay attention. Monster Truck will continue doing what they do best, steamrolling from town to town leaving legions of fans in their wake. For more information visit Ilovemonstertruck.com or Like them on Facebook.

Hollerado is four friends that grew up on the same street in tiny Manotick, ON. They are Jake, Dean, Nixon and Menno. Hollerado has gained international recognition through tours of China and South America and earned its stripes by gigging with Jack White’s The Dead Weather, Weezer, Fucked Up, The Black Lips, Girl Talk, Andrew W.K., Titus Andronicus and others. For more information visit Hollerado.com or Like them on Facebook.

The 5th year of FredRock will see it expand to a three-day festival with each day including an all ages festival, food vendors, artist and festival merchandise, licensed bar for fans 19 years and older, and an expected attendance of 5000-6000 people per day.