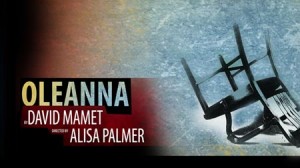 Renowned Canadian director Alisa Palmer returns to Theatre New Brunswick with Oleanna. Alisa’s long-standing relationship with TNB most recently includes The Bricklin: An Automotive Fantasy. Alisa is the recipient of six Dora Awards, two Chalmers Awards, a Harold Award and was named finalist for the Siminovitch Prize three consecutive times as well as receiving the New Brunswick Award for Excellence in the Arts.

“When one of the country’s pre-eminent feminist directors raises the possibility of taking on a play like Oleanna, of course you jump at the chance,” says TNB Artistic Producer Caleb Marshall. “When it premiered 20 years ago, this play sparked a lot of vigourous debate. We may like to congratulate ourselves on the progress we’ve made but a look around particularly at some of what’s happening in the US elections and we have to ask: Has anything really changed?”

“In bringing Oleanna to a theatre on a university campus we saw a real possibility to engage that community in this production,” says Marshall. “I’ve been really impressed with the interest we’ve been getting from faculty who are incorporating this important contemporary classic into their work this semester.” 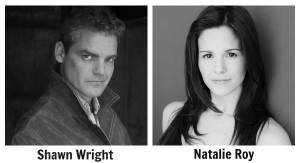 Squaring off onstage are two experienced New Brunswick actors: Shawn Wright and Natalie Roy. Shawn was most recently seen at TNB as Richard Hatfield in the 2011 production of The Bricklin and as David in Hockey Dreams. Natalie, a native of Keswick Ridge, made her professional debut at the age of 15 in TNB’s Beauty and the Beast.

To open the season, TNB Next Stage is proud to present a special one-night only performance of Antonine Maillet’s La Sagouine by Canadian theatrical icon Viola Léger. With her old-fashioned, rare and poetic words, Antonine Maillet’s woman of modest origins brings us back to the essential: human dignity. La Sagouine will be followed by the opening performance of Oleanna.

Oleanna runs September 20-23 (with performances Thursday – Saturday at 7:30 pm; and Saturday and Sunday at 2 pm) at The Black Box Theatre, St. Thomas University. Admission is: Adults $28 and Students $10.