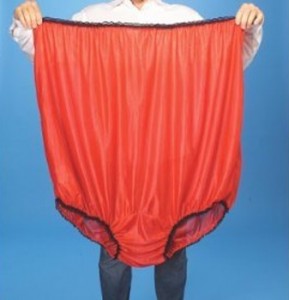 “Glenda, I’m afraid I won’t have enough money to buy all my Christmas gifts this year. My social security check won’t go to far,” said Grandma. As I think back now, I realize Grandma and I had this conversation just about every Christmas season. My answer to her each time was, “Grandma, you don’t have to get me anything, I know you don’t have a lot of money. I know the rest of the family will understand.” Each year I knew my answer would fall on deaf ears because as Christmas got closer she’d always figure out a way to buy her gifts. When her hands became to sore and crippled with arthritis, she asked her daughter to buy and wrap her gifts for her. Somehow she always managed to buy everyone in the family something, and there were at least 15 or 20 people in the family.

Mamaw always had a sense of humour. It took nothing at all to make us giggle like school girls when we were together. However, she grew up in a generation that was much more modest than her grandchildren. I remember hearing her tell of her younger days, when it was not proper for a lady to show her ankles at all. What took place one Christmas clearly marked the generation gap between the young and the old.

For some reason that Christmas, Grandma had wrapped her gifts in a hurry and evidently forgot to put all the names on them. Anyway, it came time to open our presents. She walked into the bedroom and carried them out piece by piece, while all of the family watched. All of us tore into the wrapping paper eager to see our gifts. My husband held up a pair of socks, while my package revealed a set of dishtowels. I was sitting close to my brother-in-law when I heard him say, “Look what I got!” Now normally Gene is a quiet natured kind of fellow and doesn’t talk a lot. When I looked over at him, I could see his face was a bit flushed as if he was a bit embarrassed. I could see why as I looked at his gift, he had received a pair of panties, not just any pair, but a pair large enough for two people. The rest of us burst into loud guffaws of laughter.

The funniest part to me was not the mistake, nor was it the large panties, but it was the expression on my Grandmother’s face. She was standing in the middle of the floor, when she saw my brother-in-law hold up the panties, and it was then that she realized what had happened. With a shocked look on her face, she put her hand over her mouth in surprise. Keep in mind in her day, nothing could have been more scandalous than to show a pair of panties at a public gathering! She began trying to explain that there had been a mix-up somehow, but as hard as she tried she could not seem to hold it back any longer. Her expression turned from shock to disbelief to amusement, and in a matter of minutes she along with the rest of us roared with laughter.

Over the years Grandma continued to give us gifts at Christmas, until she went into the Nursing Home at the age of 89. Of all we received I really don’t believe any of them gave us more pleasure than the gift she gave my brother-in-law. Not one time, but many times over the years at family gatherings, someone would invariably say, “Gene, remember when you got a pair of panties at Christmas?” Good naturedly, he’d grin and once again we’d all have another good laugh. This gift truly was one that kept on giving.