The 2010 Halloween Party in Moncton will be at the Paramout Lounge featuring Les Païens and Never More Than Less!

Metalcore meets Punk meets Jazz meets Funk in what promises to be an eclectic double lineup with Never More Than Less and Les Païens.

Hailing from Quebec City, metalcore / punk band Never More than Less has been playing and touring since 1999. Nominated for a few alternative music awards, the band has released a total of three demos, three albums, one DVD and three videos, all of them self-produced. They will be in Moncton to promote their new album before embarking on a European tour in November and December 2010. Never More than Less’ goal is to leave its permanent mark on the music scene. 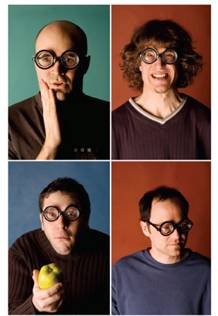 This Moncton instrumental quartet is making waves as one of the most creative and accomplished bands in Atlantic Canada. Their fourth album, ‘‘Pyramyd: Epiphondes 3” marks the end of the “Épiphondes” trilogie started in 1999. Having opened for artists such as Charlie Hunter, the Jimmy Swift Band, Groovy Aardvark, Soul Jazz Orchestra and Kermit Ruffins, Les Païens have been perfected the blend of jazz and rock into a sound that is their own. Their influences: Miles Davis, Érik Truffaz, Tortoise, Medeski, Martin and Wood, Jagga Jazzist.