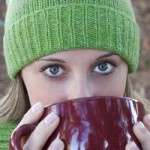 One evening a couple of weeks ago, I strolled into a clothing store in one of Houston’s swankier malls. A beautiful purple and white plaid winter scarf had caught my eye. Perfect in its airy, slightly scratchy wooliness, I pictured it snuggled around my neck on a cold day, the type of chilly and grey November day that’s long abandoned fall’s bombast of colour. I saw myself wearing this lovely scarf while nestled in a coffee shop with my sister and an old friend, reminiscing over a nice cup of Hot Something. Putting the reverie on pause, I walked over to a mirror in the store and wrapped the scarf loosely around my neck, picturing how I’d clasp it gently just as my sister, friend and I would look up from our klatsch to see it had started to snow outside the imaginary coffee shop. My friend would then smile and say something like—

It’s funny how a customer’s nasally comment to the cashier can yank you right out of a daydream. I was suddenly reminded that this scarf would be of no practical use whatsoever in a climate where the average daytime high in January is 16 degrees Celsius. I unwound the scarf from my neck and tossed it back on the display table, only briefly entertaining the thought of tightening it around the neck of the customer and her aversion to anything that wasn’t Houston’s five to six months of swelter. Then again, I thought, it’s probably all she’s used to, given the tell-tale twang in her comment. She’d probably think I was nuts for actually liking November.

The funny thing is I just know some of you are also thinking the same thing. And why wouldn’t you? You’ve just sat through Storm Noel (and, as I’ve heard, even snow in some parts), and you can’t help but want to wring my invisible neck when you read that I’m sitting here in a light t-shirt and rolled-up jeans, while you wait, far up north, for yet another long winter to blow in. Had I never left Canada, I might be heaving a pre-winter sigh as well. But I did leave Canada, and right now, I’m living the dream of lots of Canadians, settled in a place where winter never really comes. Let me break it to you: You don’t know what I’m missing.

Confession: I’ve loved fall and winter for as long as I can remember. One of my best-graded essays in grade nine English class was titled “November.” I love the comforting bulk of sweaters and socks. To me, the best damn drink ever invented is the Hot Toddy, I think lawns are at their most beautiful with frost on them, and in my entire existence I don’t remember even once mourning the end of summer. 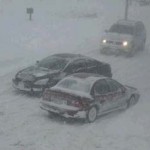 I know—it’s madness. What kind of a loony would miss frostbite (don’t we all know someone who has come close to losing a small appendage to frostbite?), cold snaps that shut people inside for days, whiteouts and bad roads that scuttle weekend plans, that squishy sound boots make when they trudge across a soggy doormat, the disgusting wetness of boot laces after forgetting to tuck them in, and—worst of all—the months of March and April, which should really be renamed “Slush” and “Stinks” in New Brunswick? A loony who shares the same secret love for winter as everyone else north of the 49th parallel, that’s who.

If you think I’m grasping at straws with that last line, I’ll exclude you only if you were born with the physiological inability to tolerate New Brunswick’s looong winter, or perhaps if you’re so skinny you can’t stay in the water 15 minutes at Parlee Beach in July without your lips turning blue. Otherwise, you know you’re covertly on my side, anticipating that first dusting of cold, white perfection. This is because the onset of winter has an ability to effortlessly transport us back to our childhoods, the only time when winter meant nothing but fun.

Perhaps my close kinship with winter stems from the fact that I grew up in a small town like Grand Falls, where the first blanket of snow brought endless boredom-busting potential. I still remember one dreary November evening when I was seven: my siblings and I were returning from church, after we’d pestered my father to take us to the (much shorter) Saturday night mass. It was as if he’d sensed our suspicion the following morning would be much better spent outdoors, and he slyly said as we jumped out of the car in the garage, “It’s pretty cold out tonight. I wonder if it’s going to snow.” I hardly slept that night, getting out of bed several times to peek out the window. Indeed, morning came with a fresh coat of snow. It never occurred to me that my dad might have followed the weather reports. Rolling the lower half of a snowman that morning, I thought he was the smartest guy in town.

This was also the year my sister and I imagined ourselves as members of an elite search and rescue squad. The lost party in question? The flying saucers my sister and I all too often carelessly left outside propped against the wall of the house, in full exposure to the northern wind. Getting bundled up in mock scramble mode was just as much fun as retrieving the errant saucers, half-buried somewhere in one of the fields surrounding our home. One patrol even happened at two o’clock in the morning, after the howling wind had awoken me to panicked thoughts that a saucer had blown away for good. My parents never so much as stirred in their bed as I came downstairs, stealthily dressed in the dark, headed outdoors to bring all the saucers in, and made it back inside and upstairs to bed.

(After that last statement, you’ve probably guessed that my winter-induced madness took root at a very young age.)

As we grew older and passed from the obligatory inclusiveness of elementary school to the outer rings of junior high’s social circles, winter allowed me to cross-country ski away, literally, from my early teenage turmoil, through pristine woods and open fields where sounds—so rare in the country in winter—travelled for miles. On other days, a walk home in the snow, and the thought of cocoa in front of the TV, was a perfect alternative to riding the school bus with nasty, mullet-topped thugs who were on their third date with the seventh grade. Winter also brought out the best in one of the few loyal friends we could count on in those junior high years, our golden retriever Skippy. While most kids at school changed their Best Friends Forever as quickly as their socks, Skippy followed us everywhere and was a constant fixture at our afternoon slides, chasing us relentlessly as we zoomed downhill in our sleds. His breathless pursuit was even more futile, if no less valiant, on the uphill stretch, since my father had cleverly tethered a cable rigged with karabiners to his snowmobile to tow us back up. No matter how much faster the skidoo was, no matter how many times we zoomed ahead, Skippy soldiered goofily on, oblivious to everything but the sheer fun of running after his favourite kids. I’ll never forget the sight of him as we reached the top of the hill on the Skidoo Express. We’d look back and there he was, a small dot of red fur way down the hill, chugging along.

High school and college brought to winter activities a new kind of juvenile zest (remember, I did say we were bored). Sliding parties often included four people and a couple of beer bottles to an inner-tube, and snow creatures adopted more anatomically correct form. My parents still have pictures of six-foot “Richard,” which my younger brother and four of his close buddies enterprisingly constructed in our backyard one morning after a storm had cleared. We were wondering why cars passing our house were slowing down; upon looking out the kitchen window, my dad exclaimed, “What? You named it Richard? Hah-hah, why didn’t you just call it—” You get the point.

Antics aside, winter has a softer side, too. Where most people associate winter with loneliness amplified, I prefer to see a soothing salve, one I have missed dearly since I left New Brunswick. I can’t count how many times the sight of falling snow lifted me from the doldrums. The night the mean girls laughed me right out of the Grand Falls skating arena for wearing too much blue eye shadow (hey, I was 13, it was my first time!), I felt better skulking outside once the first flakes started to descend. Years later, still dealing with the effects of a relationship that had crushed my self-esteem, I looked out of my dorm window at Mount Allison University and felt warmed by flurry clouds gilded in late afternoon sunlight. Winter has a way of erasing mistakes as easily as it covers scraggly lawns and shoddy roofs; and even if snow doesn’t really make weakling trees spring back to life like it does in A Charlie Brown Christmas, the kid in all of us still believes things will be just a bit better if we summon the energy to put on 50 layers and head outdoors to breathe in some clean, frigid air.

As time’s ultimate keeper, winter reminds us of our mortality as we drift onward through the seasons, and it asks us to more preciously honour the simple pleasures we derive from nature around us. This is especially true in the age of global warming, where winter is perhaps the best reminder that there is still time to reverse the clock before more and more places start looking like Texas in December. For now, I’m happy to speculate that by the end of this text, I’ll have won over some winter-haters, and convinced some of you to go anticipate our lovely, frosty, singularly beautiful winter in a nearby coffee shop.

That is, until April comes, and you’re still shovelling. Then, feel free to be jealous.

Alexandra Chasse was born and grew up in Grand Falls, NB, before completing her undergrad studies in 1997 at Mount Allison University. Since then, she’s lived in South Korea, Slovakia, Germany, “The South” (Alabama and Georgia) and Washington, DC. She now lives in Houston, Texas, with her husband, Kurt, and son, JM, a toddler who can say “chicken and fries” in both English and French. Her twin sister Rebekah pokes fun at her French for sounding more and more “international” as she drifts farther from home. “I count my old apartment on Wilmot Court, in Fredericton, as one of the best places I’ve ever lived.”