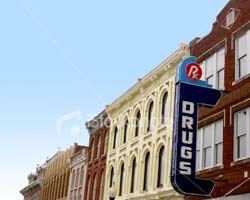 mine included boozy and smoke-filled weekends. Within months of moving to Toronto, I was out of work and soon discovered that without a day job, but when my office career took off, I packed away my wobbly childhood dream (ages 8-15) of becoming an actress/dancer/singer.

It wasn’t too long before I realized that “becoming” anything wasn’t fiscally sound. At 23, you were supposed to get better at what you already were, not dream about being something else. In esoteric explanation, I was confusing “artistic self” with “work self.”

It’s easy to see from this distance in life that I was a writer, or at least inherited my father’s love of storytelling, long before I considered other professions—teacher, secretary, actress. These were all typical aspirations and respectable professions, for a young girl in 1970s.

Whatever. (At 33, I switched careers leaving corporate life for work that paid the bills while I focused on freelance writing. At 43, I published this essay.)

It was during a short hospital stay, in 1988, that I was reminded of this vague writing interest when, years earlier, I sat at my mother’s Sears typewriter and over a two-year period, pounded out 100 poems to my cheating boyfriend, who suggested he would consider monogamy if I topped 200. This was my first experience with a demanding editor.

So, there were clues. But it was following emergency surgery that provided me with a face-to-face meeting with a woman who claimed she wrote “trashy, drugstore novels.” (It would be the closest I would come to meeting a “real” writer for the next 15 years.) While it did occur to me that she was fibbing, during the 48 hours we shared a semi-private room, I remember thinking, this chick is the real deal; she’s needy and dramatic. At the very least, she’s an aspiring actress. Lucky for her, I thought. She has two career choices open to her.

Later, I wish I’d thought to ask her some questions, maybe tell her about my growing collection of poems (now numbering close to 140, but still short of the 200 mark). Instead, I lay in bed and politely nodded as the novelist chatted about her life: She was single and had man troubles. She grew up in the 1960s in England.

Eventually, I think the she got bored with the one-sided conversation and turned elsewhere. As I recuperated by watching daytime television, my roommate placed dozens of telephone calls to provide details of her stay—a room number for flower deliveries, visiting hours for those inclined to do so, and a telephone number for well-wishers unable to visit in person.

On the day I was discharged, she asked for details of my emergency surgery and in return, she told me about hers. An operation she’d had in her early 20s resulting from an ectopic pregnancy and long before the standard horizontal, bikini cut, she claimed, there was a vertical incision. To support her point, she threw open her housecoat and stood naked in front of me. A scar ran from breastbone to pubic bone. It curved a little over the skin of her sagging abdomen.

It was in that moment that I knew for sure. Whether she was published or not, I can’t say, but I am certain she hadn’t been lying about her profession. She was living proof of the writer’s credo “show, don’t tell.”

I never caught the novelist’s name, but I’ve often wondered about her. I’ll bet her “trashy drugstore” novels were a great read.

Between corporate and technical writing gigs, Valerie Poulin writes magazine features, news, profiles, and general-interest articles. She is a published book author and an internationally published poet. Valerie possesses particular esteem for friends transplanted from the east coast because of their warmth, their sense of family and home, and their admirable optimism.