Mother and Her Voices 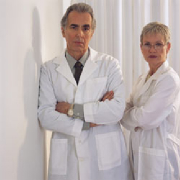 It. That’s what her son called talking to yourself. “You’re doing it again, Mother,” he said each time he caught her.

She talked aloud on her daily walks, and in the car. She talked things out in the kitchen and when she was having a bath.

Unlike the “good talking to” she had done in her youth, silently chastising herself for every small misdeed, this one was jolly fun. Everyone in her repertoire of voices loved her and thought she was the cream of the crop—witty, bright, a lovely person to spend time with.

“What if you slip over the edge?”

“Edge?” Alice repeated, as if she hadn’t quite heard him. “As in madness? I’ve thought of that.”

She really had and the possibility frightened her. She wondered if that was how madness happened. One slip, two, and the person could never pull herself back out. Perhaps the person didn’t want to.

Yes, it had nearly happened to her once. When her son was small, she had felt ineffectual every time he cried, and he seemed to be always crying. She had wanted to sink into a Never Never Land, trusting that others would come and rescue the infant and just leave her to rest. She knew about the lost boys in Never Never Land, but she had always hoped for a Never Never Land of Happiness for lost mothers.

“I think, an appointment with Dr. Deepa might help,” said her son. “Might as well get everything checked out.”

She hadn’t seen Benjamin Deepa in some time. She wondered how his family was doing and if he was thinking about retiring soon. The waiting room was full of babies and haggard women. There were older men, too, but they weren’t alone. Each of them had a woman to lean on.

When her turn came, her son patted her arm and she patted his.

“How are you, Alice?” Benjamin Deepa shook her hand and led her to a chair in his office.

“I’m fine, Benjamin, just fine.” Now that she said fine, it seemed rather silly to be here. She was wasting his time. “And how’s the family?”

“Doing well.” Doctor Deepa opened her chart. “Looks like we have some tests due.” He rhymed them off—thyroid, cholesterol, blood count. We’ll get some dates set up.”

Alice folded her hands. She might as well get it over with. “My son thinks I may be going mad.”

Benjamin Deepa clicked his ballpoint pen several times and leaned back in his chair. “And how would he define mad?”

“He catches me talking to myself.”

“Common. Many people do.”

“I also answer back,” said Alice.

“And do you like the answers you get?” He let out a deep laugh.

He thought she was fine, but to put her mind at ease, he could refer her to someone else, someone who was a specialist in the field.

“A psychiatrist, you mean,” said Alice.

“Or psychologist. If this is really something you want to explore. I shouldn’t think it would take more than one or two sessions.”

“I’ll think about it,” said Alice. It was one thing to go to Benjamin; it was quite another to go to someone that specialized in the field. Someone who was used to seeing neurosis and psychosis would surely find something wrong with her. She didn’t want to know and it was definitely too late in the game to change. Besides, she liked herself the way she was.

Yes, for the first time, she liked herself.

“Dr. Deepa says I’m fine,” she told her son. “People talk to themselves for a number of reasons, most of them benign. Since I am not under stress, am happy and reasonably healthy there is nothing to worry about.” She sounded as if she were reading a report, and her son nodded. Perhaps he didn’t quite believe her, and she promised herself to be careful not to be caught again.

That night, lying in the bathtub, she wondered if she had missed her calling. Perhaps she could have been a performer. Perhaps there was still time. The auditions for the community talent show were next month. She had circled the date in red.

She could showcase her voices. Maybe she could perfect some of the voices she heard on TV. She had got a few of the politicians down, and one or two of the old stars. She might throw in a singer or two.

Alice McKay Voice Star. She smiled, quite pleased with herself.

Louisa Howerow’s short stories, non-fiction pieces and poems have appeared on the Internet, and in small press magazines and literary journals. Her most recent short stories found a home in Canadian Stories and in the Birmingham Arts Journal.