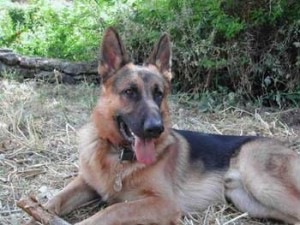 I thought my eyes were deceiving me. It was a dull, autumn afternoon, the car radio was playing a favourite tune of mine, groceries were bought for a special supper and it seemed to be a nice time to have the day off duty. But as I approached the intersection where I would turn right to get to my house, I saw two vehicles crash with a sound I knew all too well.

A little red truck had missed the stop sign, a common occurrence at that intersection. My house was three driveways up from the infamous area, so I had learned to recognize the sound of motor vehicles crashing into one another. After my children were of driving age, I was always sure it was one of them who had been hit, or had missed the sign and crunched into someone else. But most of us who lived on the street were aware of the danger lurking there, so if anything happened to us it would most likely be the action or lack of action by a driver unfamiliar to the area. Usually we were always the people who recognized the sound and ran to see if we could help in any way.

That day I saw the accident in front of my eyes. I pulled my car over to the shoulder of the road and got out. Here we go again, I thought. Surveying the scene, I quickly assessed that nobody was hurt. I then recognized the vehicle’s owner. The driver of the van that had been hit was a large man, well known in our area, and who was not upset. When I turned to look at the other driver, I knew we would have problems, because I knew the older gentleman quite well. Mr. Hill was elderly, mistrustful with his money and belongings, and seemingly was much worse since the loss of his wife in the previous year.

This poor upset elderly man was a retired professor, well-to-do, and very eccentric. He had not seen the stop sign he said. He was teary eyed, confused and very concerned about his dog Shadow, a beautiful German Shepherd, who was clearly distraught and was pacing in the back of the truck. Shadow protected his master, but now he just barked for a short time, and then stood quietly watching.

The men from nearby homes arrived and had Mr. Hill move his truck out of the intersection. He walked around so confused, with a handful of money, trying to pay someone, anyone, for the damage he had caused. It was heartbreaking to watch him cry and try to repair his mistake. Everyone tried to assure him that nobody was hurt and it would be okay. We could hear the sirens of the police cars approaching and I stood by Mr. Hill, leaning on the side of his truck.

Suddenly I felt a severe smack on the side of my head. Everything went black for a few seconds, then I heard the alarmed voices of the bystanders and Shadow’s loud barking. Someone pulled me away from the truck. Mr. Hill was crying out, “Oh my God, what now?”

Then I heard a woman’s voice saying, “You have to go to hospital, you’re bleeding quite a bit!” I knew the voice, although it sounded far away, as that of one of my neighbours. It was then I realized Shadow had bitten me on the side of the face. My ear was a mess, and blood was everywhere. No, I thought, I’ll go to my house and have a look and decide whether I need medical attention. I would assess the damage and clean up the area before I bothered going to Emergency. So I headed for my car, pulled a bunch of tissue from my purse and looked in the rear view mirror. It was then I realized that I definitely needed hospital care. The marks of the dog’s teeth were in my neck and gushing blood. I kept pressure on them, and with the other hand drove as fast as possible to our hospital, 10 kilometres away.

It all happened so suddenly. I was sure the jugular vein or the carotid artery was blown. I arrived at the hospital feeling faint, but still reasonably okay. The nurses rushed to help, and soon the doctors were there; my jaw was x-rayed, blood work was done, and I was sutured by our surgeon, a man I knew well, and whose work I respected. I knew I was in good hands. My ear was hanging off partially, but he fixed it beautifully, and all the while he kept saying, “You are one lucky girl today!” I knew from those words that I could easily have blown a major vessel, had a broken jaw or worse—fainted while driving my car to the hospital.

The following days were a nightmare. A major infection set in, the pain became almost unbearable, and I spent a lot of time in the hospital on antibiotics with my face swollen out of shape. I was sick about it all, not just physically but emotionally as well. I feared for Mr. Hill and Shadow. I did not think the dog was at fault. Rather, I felt he had been scared and stressed from the collision of the vehicles, and the approaching people and sirens. I didn’t want them to destroy Shadow, even though I knew he could have ended my life. I knew he was a good dog, so I asked them to let Shadow live.

Mr. Hill wrote a letter thanking me for giving God’s creatures another chance. I still have that letter 10 years later. We had been in unfortunate circumstances, Shadow and me, and we had to get on with our lives.

As I got better, I learned how close to the artery the bite had been. The nurses and my friends finally told me how they feared for me, as the dog had been playing in a manure pile shortly before the attack.

Gradually I improved, sporting a big bruise on my chin, and with a better appreciation of how quickly life can change. On any quiet, ordinary day, your life can be altered or ended in the blink of an eye. Shadow continued to live with his master who loved him so much. He spent most of his time on a leash after that, and in a few short months his master died. Shadow had to be sedated to allow the paramedics to attend to Mr.Hill.

Then Shadow made a trip to California where Mr. Hills’ daughter lived and planned to take care of him. In six months they returned. Shadow didn’t like it there she said, which gave us all a laugh. Shadow wanted to be in the house he shared with Mr. and Mrs. Hill, and sleep on the couch that was his alone. He had been taken on a journey but he found a way to get back, and we said, “That’s our kind of dog!”

He really was a magnificent animal, and I was thankful I had forgiven him.

Summer came and with it the stifling heat. It had been a year since Mr. Hill had died; Shadow developed a hip problem and was miserable and suffering. He did not have the love that had been lavished on him all his life, and was not the same dog anymore. The Hill family did the right thing and bid him farewell.

We had shared an experience, Shadow and me. Then we went on separate journeys, but I will never forget him. He looked so forlorn every time he saw me as if saying how sorry he was.

One autumn evening shortly after he died, I drove past Mr. Hill’s property. I know I saw the shadow of a prancing German shepherd puppy, playing catch with an agile young man, and a young woman was sitting on the steps cheering them on. Could it be? Sure it could—after all, his name was Shadow.