My Retirement Adjustment
By Bonnie Jarvis-Lowe

Becoming a nurse became my goal at age five, when I suffered a life-threatening illness. A career in nursing was what I wanted and I knew it was something I had to do. In 1969, I walked away from the

Grace Hospital School of Nursing with “RN” after my name. Our black bands and our caps were new, and our school pins glistened as we prepared ourselves for the workforce.

My career took me to many different hospitals and opened doors to new ways of doing things. Nothing was too laborious to undertake. Young and strong, with a burning desire to excel in my profession, I did my best, and gave all I could to any job I had, in every place I worked.

Then came marriage to a policeman, and soon a son and a daughter completed our family. These two children were both beloved and cherished beyond my wildest imagination of what the word love meant. I had become a working mom.

I worked in many different areas, with 14 years in the operating room being my longest stint. During the last five years of my career I worked in palliative care and general medical/surgical nursing. For decades, I worked and raised a family, and the ebb and flow of hospital life, shift schedules, and overwhelming (at times) workloads guided my life. I never thought it would change. But it did.

When I turned 50, the 12-hour shifts, especially the night shifts, were not quite as easy to cope with as they had been years before. My health was suffering and I was in a constant state of fatigue. I had to 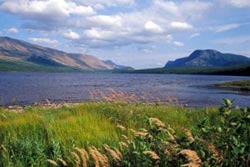 decide what I was going to do. Would I leave nursing while I was healthy and keen on my photography and writing, or wait until I was a total physical wreck and, with the terrible politics of the healthcare system, fast becoming an emotional wreck?

After many sleepless nights, tears, and discussions, I made the decision to retire. My husband and I would move back to our home province of Newfoundland, back to the ocean and to life by the sea.

In June of 2000, retired and 52-years-old, I began life as an Islander again. Newfoundlanders are known for their wit, their “don’t give a darn” outlook on life, and their kindness to friend and foe. Yes, this island of ours in the sea, known as The Rock is a special place, with sunsets and sunrises so glorious your heart aches at the sight of it all.

There are miles of unexplored wilderness, and we love it that way. Baby Boomers are returning to retire by the hundreds, and the joke is made that, “Newfoundland is experiencing a Boom!”

My husband’s family home was vacant and waiting for us to enjoy while we waited for our own new home to be built. The smell of lilacs and wild roses, and the beautiful view of the ocean would bring tears to my eyes. Enjoying the sea, buying a boat, fishing, renewing old friendships, living closer to family, and seeing people I had not seen for years made for a wonderful summer. 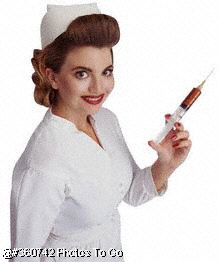 But ah, I missed my work. I missed the routine. I missed the nurses I had worked with for so long. Most of all, I missed the patients, and my role of being their nurse. I was having a difficult time. Because I no longer had the identity of being “the nurse,” I felt torn, unsure.

Who was I without my work? Was I worthy of anything good in life if I did not have that identity? Was I deserving of enjoying life outside of hospital corridors, and Code Blue calls? Just who was I outside of nursing?

Should I go back to work? Sleepless nights and silent days filled with angst overpowered me. It was so very hard to let it go. After the first summer, as we headed into a glorious autumn, I sank into a depression. I felt worthless, cast aside, and unsure of everything. It was the year 2000, a time for new beginnings, so I struggled on.

Winter came and I drove a Skidoo for the first time, traveling through the woods on the fluffy snow, seeing the beauty of winter. I went for outdoor “boil-ups” with friends, and took a trip to Calgary to visit our new grandchild. I planned our vacation to the Caribbean — the first time I had gone on a vacation for years without having to ask for time off. These were all good things, but that nurse in me was continuously tugging and pulling!

I started writing and doing photography. Our new house was being built. But most of all, I met people who never knew I was a nurse, and could not have cared less. I began to settle into a different life, the life I yearned for on those evenings when I would be driving home from work and see people walking their dogs, or just out for a stroll, while my legs had walked miles that day and more walking was the last thing I wanted to do. I wondered what life was like outside the hospital corridors, the rooms full of sick people, and if I ever would be one of those free people who were enjoying their walks.

I was slowly discovering that maybe there was a life out there.

Then one day I noticed a job posting. I had to inquire about it. After getting all the particulars, driving home, I had to pass the wharf where our boat was secured. People were busily packing things into their boats. It was Friday afternoon (always a busy boating day), and the colours of the life-vests gave a festive look to the scene.

It was then that I realized I was once again sabotaging myself. I could have a job, but my friends would be out boating while I walked hospital corridors, and came home too exhausted to think.

It was at that point, a year after working my last day as a nurse, that I accepted the fact that I had enjoyed a wonderful career, and though in my heart I would always be a nurse, it was time to let it go.

The next day I took my nurse’s uniforms, wrapped a green ribbon around the bundle, went to the Emergency Department of our hospital and passed them to a nurse. She mistook me for a salesperson, but I told her of the good times and the pride I had in my career, and that I was finally letting it go, and was passing my uniforms on to whoever wanted them.

I could look back now without regrets, for I had finally accepted retirement.