So you found the money to put in your registered retirement savings plan by the March 1 deadline and you’re feeling pretty good about it.

But financial advisers say contributing the cash is only part of the fight and now it’s time to put the money to work and not leave it parked in a low-interest savings or money-market account.

There’s still that legacy of people thinking it is the late 1980s, early1990s, type of thing when you had double-digit interest rates on guaranteed investment certificates. That environment isn’t going to be coming back anytime soon.

Many people who put money into RRSPs aren’t looking beyond the tax break. A lot of these people are saying, “I’ve done my RRSP thing, I’ve sheltered it and I’ve taken the tax receipt for tax purposes.” Well, there’s this whole other component requiring profitable investment. 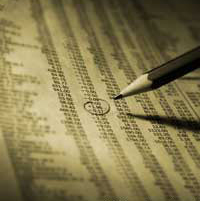 Young people are bombarded with advertisements from banks and investment firms urging them to start investing early and reaping the benefits of compounded growth, but even then, leaving the money in ordinary savings accounts isn’t enough.

With low interest rates affecting returns of bonds and other fixed-rate investments, advisers say Canadians need a diversified portfolio. The consequences of leaving a large portion or all your money in a low-return account over a long period can be dramatic.

Advisers say investors need to establish a financial plan based on their goals — whether that is retirement, buying a home or planning for children — and their level of risk tolerance.

Investors should review their holdings with an adviser at least once a year to make sure their investment mix fits their goals. It’s not rocket science; it doesn’t have to be a long process. The time that you’ve committed to park the money—it doesn’t take a whole lot more time to properly invest it. If that’s what stopping you, the time, it really doesn’t have to.

Laying out a strong financial plan and then sticking to it is far more important than trying to pick the next hot stock sector. If the money isn’t properly invested, inflation could easily eat up the value of savings.

With an RRSP, taxes are not an issue, but inflation is. And if inflation is, say, two to three per cent, if you take the average savings-type vehicle you’re maybe breaking even and, maybe in some cases, going backward.

There are three common factors among those that have been successful investing in stocks or other holdings. They’re focused, they’re consistent with their approach and they’re disciplined. They have a goal, they stick to it and they’re not going to get distracted.

Steve MacIsaac is a Licensed Insurance Broker living in Miramichi, New Brunswick. Steve operates the local Estate Financial office at 295 Pleasant St. and can be reached by phone at (506) 622-7921 (office) or (506) 624-9014 (home) or by email at smaci@nb.sympatico.ca.  Visit Steve online at www.nb-insurance.com and receive a free, no obligation quotation on all of your life, health and travel insurance inquiries.
Logging In...