The Fiddlehead and the Writers’ Federation of New Brunswick have announced the shortlisted titles for the first-ever New Brunswick Book Awards. The awards will be presented at the 2016 Atlantic Book Awards Gala – the first time New Brunswick will host the event – on April 27th at the Capitol Theatre, Moncton, as part of the Frye Festival.

The inaugural book awards program is the result of a partnership between Canada’s oldest literary magazine, The Fiddlehead, which has nurtured New Brunswick’s literary culture for 70 years, and the Writers’ Federation, which for 30 years has passionately supported the development of home-grown writers at all stages of development.

“That’s 100 years of literary engagement!” said Ian LeTourneau, secretary of The Fiddlehead, who was recently named Fredericton’s first Cultural Laureate. “We believe New Brunswick writers are some of Canada’s finest, and we are looking forward to recognizing them!”

The program celebrates books published in the 2015 calendar year in three categories: poetry, fiction and non-fiction. Brennan said the celebration is long overdue.

“Until now, New Brunswick – a province with a rich literary heritage – was the only province in Canada without its own (Anglophone) book awards program.” New Brunswick’s Acadian community recognizes outstanding works of literature with the annual Prix littéraire Antonine-Maillet-Acadie Vie.

The Fiddlehead and the Writers’ Federation of New Brunswick have also partnered with Association acadienne des artistes professionnel.le.s du Nouveau-Brunswick (AAAPNB) to present finalists for the Francophone Artist of the Year in Literature at the Atlantic Book Awards Gala, which for the first time will be a bilingual event. The winner will be announced May 8th at Les Éloizes, an awards program that recognizes excellence in six artistic disciplines. 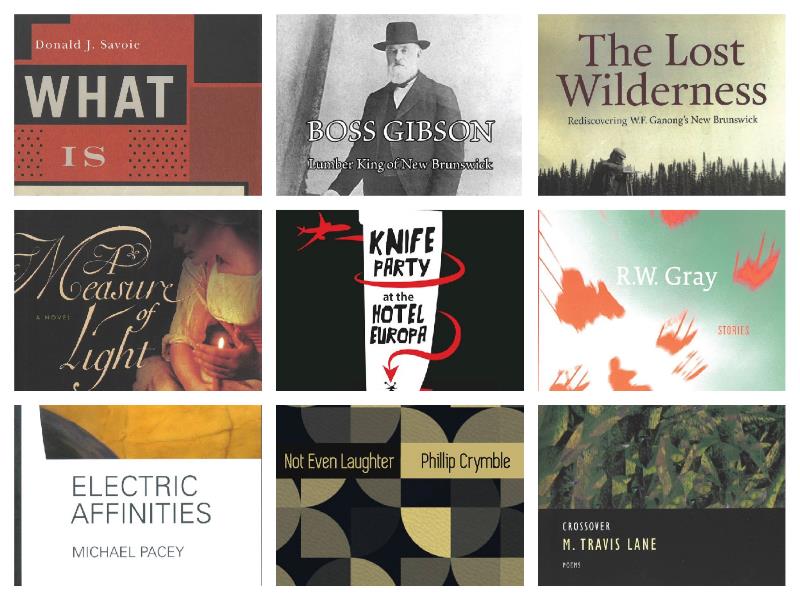 This new competition is open to traditionally published and self-published authors who have lived in the province for three of the last five years, including the award year. The finalists for the inaugural awards are as follows:

Poetry – Anita Lahey, a poet, journalist, reviewer and essayist who lives in Victoria. She’s the author of The Mystery Shopping Cart: Essays on Poetry and Culture (Palimpsest, 2013) and two poetry collections: Spinning Side Kick and Out to Dry in Cape Breton (Véhicule, 2011 & 2006). She serves as assistant series editor for Tightrope Books’ annual anthology Best Canadian Poetry in English,

Fiction – Lisa Moore, a St. John’s Newfoundland and Labrador writer, whose collection of short stories, Open and her first novel, Alligator, were both nominated for the Giller Prize. Moore was one of 13 novelists on the long list for the 2010 Man Booker Prize for her novel February, which won CBC Radio’s Canada Reads 2013.

Non-Fiction – Jane Silcott, whose debut collection of essays, Everything Rustles, published in 2013 with Anvil Press, was a finalist in the BC Book Prizes. Jane teaches in the University of King’s College MFA Program in Creative Nonfiction, as well as for the University of BC Writing Centre and Simon Fraser University’s Southbank Program.