Children’s musical entertainment group, Scotty and the Stars, will be have an album release concert at Moncton’s Empress Theatre (199 Robinson Court) on Saturday, September 29 at 2 PM. Tickets are currently on sale. This show is brought to you by Fisherman’s Friend. 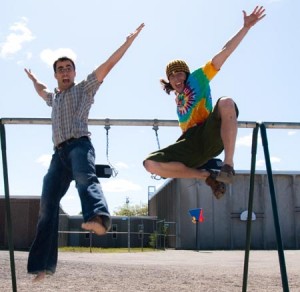 They released a children’s book entitled The Magical Adventures of Scotty in April 2011. The release of their highly-anticipated new album Time to Get Up is an exciting step for Scotty and the Stars as they expand their music across North America and pursue a career in children’s musical entertainment.

Box-Office
Tickets for the Scotty and the Stars release concert on September 29 are currently on sale at the cost of $15 for adults and $8 for children 12 and under. Service fees do apply.