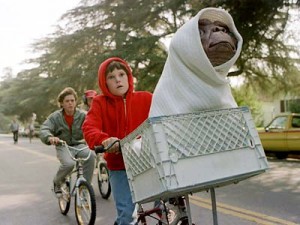 Fredericton’s Outdoor Classic Film Series has reached a milestone and we’ve planned a Fun Family FilmFest to commemorate it. Fredericton Tourism and our partners, the NB Film CoOp and Downtown Fredericton, have put together a couple of double-feature nights, when the sun sets earlier, for the young and the young-at-heart to enjoy.