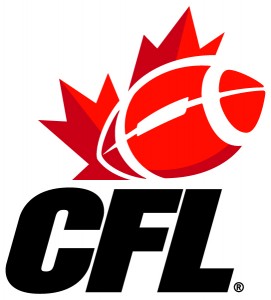 UPDATE August 15, 2012 –  Ticket sales for Touchdown Frye officially kick off tomorrow Thursday, August 16. The Frye Festival team will set up a kiosk in the lobby of Moncton City Hall between 11 am and 1:30 pm to launch the fundraising campaign. As of Thursday, tickets will also be sold at all three Reads locations in the Greater Moncton area (Main St, Moncton, Mountain Rd, Moncton, and Coverdale Rd, Riverview). Frye volunteers will be selling tickets this Saturday and on selected Saturdays in September at both the Dieppe and Moncton markets, and other public events including the Grey Cup train visit to Moncton in October. Also tickets are available from all Frye Festival Board members and staff.

Football fans, here’s your chance. See the Big Game, with an all-expense paid trip for two to the sold-out 100th Grey Cup game in Toronto on Sunday, November 25th courtesy of the Frye Festival.

With the generous support of the Canadian Football League (CFL), the Frye Festival is launching this contest as part of its on-going celebration of Northrop Frye’s 100th birthday. Football fans age 19 and over are invited to play Touchdown Frye. Just 1,000 Touchdown Frye tickets will be available at a cost of $20 per ticket.

“What better way to continue our celebration of the 100th anniversary of Northrop Frye’s birth than to award this fabulous prize to attend the centenary of Canada’s classic sporting event,” says Dawn Arnold, Chair of the Frye Festival. “The Festival feeds imaginations, and we are thrilled to launch this initiative with the CFL in a joint effort to celebrate a great Canadian institution. Thank you to the Canadian Football League and the City of Moncton for their support of a unique fundraiser for a unique literary festival.”

The Touchdown Frye grand prize, valued at $3,500, includes the following, courtesy of the Canadian Football League:

Tickets go on sale Thursday, August 16th. The draw will be made Thursday, October 25th. Certain restrictions will apply. The prize must be taken as offered and has no cash redemption value.

About the Canadian Football League
The Canadian Football League is our league. The Grey Cup is our national championship and Canada’s largest annual single sporting event. We are proudly preparing for the 100th Grey Cup in 2012. The celebration will span the country and culminate in a tremendous festival and game in Toronto this November. We invite all Canadians to be a part of it.