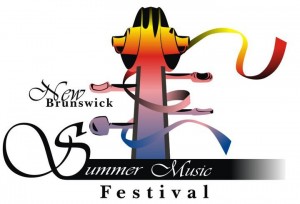 The New Brunswick Summer Music Festival (NBSMF) has grown into a multi-faceted two-week classical music festival, unique in Canada. Now entering our 19th season, our artistic vision has evolved into exploring in-depth the music of two specific composers each season, one well known and one lesser so. We are the only classical chamber music festival in Canada that uses this two-composer concept to determine repertoire. We believe that this concept educates while entertaining our audiences and develops deeper music appreciation through this process.

This year the New Brunswick Summer Festival will run from August 13 – 25 in Fredericton and will feature the music of French composer Claude Debussy and Canadian composer Talivaldis Kenins.

Talivaldis Kenins was a composer, teacher, pianist, and organist, born at Liepaja, Latvia in 1919. Kenins began playing piano at five and composing at seven, continuing piano studies in France while preparing at the Lycée Champollion in Grenoble for a diplomatic career. He studied piano and composition 1940-44 at the State Conservatory at Riga with Joseph Wihtol and, forced from Latvia by the Soviet occupation following World War II, continued from 1945-51 at the Paris Conservatory.

Kenins emigrated to Canada in 1951 to assume duties as organist-choirmaster for the Latvian congregation of St Andrew’s Lutheran Church in Toronto. He also founded the St Andrew’s Latvian Choir (one of the important choirs of its type in North America) and conducted it until 1958. He became the founder and president of the Latvian Concert Association of Toronto in 1959.

Kenins began teaching at the University of Toronto in 1952 and was co-ordinator of the composition division from 1977-79. He was named professor emeritus on his retirement in 1984. Walter Kemp, Edward Laufer, Bruce Mather, Ben McPeek, and Arthur Ozolins were among his pupils. Owing largely to the communicative disposition of his musical language and the consistency of his craft, Kenins became one of Canada’s most frequently commissioned composers.

In the late 1940s and 1950s, Talivaldis Kenins’ style strove to reconcile the romanticism of his nature and the neoclassicism of a French training. The concertante style, dominant in his musical speech, was stabilized by counterpoint. The plethora of notes and the tendency to over-emphasis gave way in the 1960s to greater transparency and leaner outlines. His counterpoint recalled his academic training, but his fugues gradually became more sophisticated. In his compositions of the 1970s, Kenins broke consciously with the conservative image he had defended so assiduously.

In 1989 RCI, as part of its Anthology of Canadian Music series, released a four-CD set devoted to Kenins’ music (4-ACM 33). Included on the set was a conversation between Kenins and Montreal critic Eric McLean. A further CD, Music of Talivaldis Kenins, was issued by Centrediscs in 1997 (CMCCD-5997); CBC Records featured his music on Ovations, Vol. 3 (PSCD 2028-5). Kenins was a member (and president 1973-4) of the Canadian League of Composers, and an associate of the Canadian Music Centre.

Claude Debussy was born 1862 at St. Germain-en-Laye, France. From the age of ten on, Debussy was a brilliant student at the Paris Conservatoire de Musique, where he won the highest prizes for composition – including the Prix de Rome for his cantata L’Enfant prodique. He wrote for the piano as no one before him had ever dreamed of: Sometimes the notes were bunched together, while other times they were laced at the ends of the keyboard; and pedals were used to make notes and harmonies shift and blend. He found inspiration in the same images as those that attracted the French Impressionist painters – clouds, rain, wind, water, sunlight, and shadow. The result was a new and magical world of sound that inspired several generations of classical and jazz musicians.

Debussy reached his musical maturity during the closing years of the 19th century, when the Late Romantic period of Liszt and Wagner was coming to an end and many composers were looking for new musical paths to take. He took his inspiration from many artistic sources; Wagner’s music, the art and music of the Orient, Impressionist painters such as Degas, poetry, and the sinuous lines and pastel shades of contemporary Art Nouveau. From these sources, he forged a musical style that is both original in its harmonies, rhythms, and musical tones, and often quietly beautiful.

Debussy’s influence on the music of the 20th century, from the concert hall and opera house to the world of jazz, has been immense. His finest works, including his orchestral masterpiece La mer and many of his piano pieces, sound as original and effective today as they did a century ago.

Watch the website for updates on the guest stars and schedules!