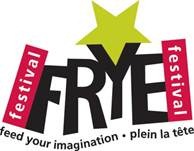 July 14, 2012 will mark the centenary of Northrop Frye’s birth, and the Frye Festival is commemorating the 100th anniversary with a series of special events throughout the year. While keeping all its traditional activities, including book clubs, conversations, writing workshops, school/youth programs, Soirée Frye and late-night events, the Frye Festival is adding new community-focused events to its 2012 programming.

“Northrop Frye is Moncton’s most famous son, and we want to celebrate his amazing legacy with the entire community,” says Dawn Arnold, Chair of the Frye Festival. “Frye wrote a lot about how literature helps us to train our imaginations, develop critical thinking skills and the power of literature to create a tolerant and civil society. In 2012, the Frye Festival will continue to feed imaginations will all our regular Festival fare, but we are also thrilled to add exciting projects to our program, like public art, a 24-hour playwriting competition and much more.”

The Frye Festival is pleased to announce the support of Canadian Heritage, as part its Building Communities through Arts and Heritage program, for Frye’s centennial celebrations. The program is designed specifically to increase opportunities for local artists and artisans to be involved in their community and for local groups to commemorate their local history and heritage.

Bronze sculpture of Northrop Frye
The Frye Festival has commissioned three local artists to create a life-size bronze sculpture of Northrop Frye. The commission was awarded to Darren Byers of Byers Harrison Studios Inc. who will be collaborating with artists Fred Harrison and Janet Fotheringham. The three have partnered to create the artwork, which will feature Northrop Frye sitting on a park bench with a book open on his lap. The sculpture will be installed in front of the Moncton Public Library (Downing St. entrance), and the Festival’s hope is to unveil the sculpture in time for Frye’s birthday in July.

Janet Fotheringham has extensive experience in molding and casting and has been doing life sculpture since 1996. Darren Byers has worked as a furniture maker for over 25 years and as a sculptor for the last 18 years, producing commissions and private work throughout North America and Fred Harrison has worked on many murals throughout Canada. In April 2011 Darren and Fred completed “The Workers Memorial” in Saint John, a larger than life size bronze monument to honour anyone who has suffered physical or mental injuries or who has died while on the job in the greater Saint John area. This will be the first time that all three artists have collaborated.

24-hour playwriting competition
The Frye Festival is inviting amateur and established playwrights to take part in a unique 24-hour competition. From 4 pm on Friday, April 20 to 4 pm on Saturday, April 21, individuals will have the chance to prove their writing skills as they write a one-act play about Northrop Frye and/or his ideas. Participants will be fed, caffeinated and encouraged, and will participate in the official language of their choice in one of two categories: student and other. Four winners (one for each language and each category) will walk away with $500. Plays will be judged by Governor General award-winning playwrights Catherine Banks and Herménégilde Chiasson, along with local celebrity and playwright Marshall Button.

The model for the Festival’s 24-hour playwriting competition is based on an established model by the Saskatchewan Playwrights Centre, which has been organizing their event for 15 years.

Special issues of ellipse magazine
A special issue of ellipse magazine will be published to mark the 100th anniversary of Frye’s birth. Under the direction of Jo-Anne Elder, ellipse is mandated with promoting literary translation and intercultural awareness. The Special Edition will feature new writing by authors from the Maritimes and across Canada, all of which will honour this great thinker. An official launch reception will be held on Saturday, April 28 at 4 pm at Moncton City Hall.

The Frye Festival is also planning many more events and community projects, which will be unveiled throughout the year.

About Northrop Frye
Northrop Frye was one of Canada’s most prominent and celebrated public thinkers and a pioneer in literary criticism. He wrote extensively about symbols in literature and about structure, and his theories attracted international attention. He was considered one of the greatest scholars and thinkers of the 20th century, hailed as the “modern Aristotle” and the “Einstein of the Humanities” after his death. He is also “one of the top dozen most-cited intellectual writers of all time,” with the likes of Plato and Shakespeare.

Frye was born on July 14, 1912 in Sherbrooke, Québec. He was seven years old when he moved with his family to Moncton, New Brunswick, where he developed many of the ideas that he would go on to explore the rest of his life. In 1929 Frye won a typing contest and left Moncton to study at the University of Toronto, where he remained as student and teacher most of the rest of his life. Over the course of his life he wrote more than 20 books, lectured at more than 100 universities around the world, received 39 honorary degrees, won the Governor General’s Award for Literature, was a Companion of the Order of Canada, had a postage stamp created in his image and in 2010 the Northrop Frye School in Moncton was named in his honour.

About the Frye Festival
The Frye Festival is Atlantic Canada’s largest literary happening and Canada’s only bilingual international literary Festival. The 13th edition of the Festival will take place from April 23 to 29, 2012 in the Greater Moncton area. The complete list of authors will be unveiled February 20, 2012. More information about the Festival and its mission is available at www.frye.ca.