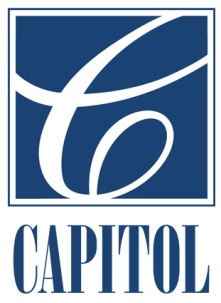 The government of Canada will provide $102,000 to the Capitol Theatre in Moncton under the programming support component of the Canada Arts Presentation Fund. This contribution is to defray part of the costs associated with the 2012-2013 and 2013-2014 artistic seasons. The announcement was made by Robert Goguen, Member of Parliament (Moncton-Riverview-Dieppe), on behalf of the Honourable James Moore, Minister of Canadian Heritage and Official Languages.

Money received from Canadian Heritage is invested to assure that the Capitol Theatre’s Presents Season, which has evolved over the past ten years, is balanced and varied. Marc Chouinard, the Capitol Theatre’s General Manager is grateful for this Federal government’s contribution: “While playing the central role as southeastern New Brunswick’s only state of the arts facility, we feel that the Government’s continued support to our organization helps us compliment the offering of other performing arts centres in the region. This government’s commitment to culture is important to not only those working in the creative economy, but necessary to enhance the quality of life of all Canadians.”

Two exciting seasons under way!
Offerings from the following sectors remain priorities for the Capitol Theatre: Family/youth, contemporary dance and classical ballet, world music, East Coast/Acadian music, English Theatre, classical music. The primary focus of the theatre’s 2012-2013 Season entitled When I grow up, I’m going to run away and join the Circus is of course, circus performances. “Since Moncton held the World Junior Athletics Championship in 2010, a burgeoning circus audience was nourished with the creation and performances of Circus Stella in our region,” said Chouinard. The circus acts proposed for 2012-2013 are from the East Coast, Quebec, the United States and China.

The 2013-2014 Season We are the world promises to be equally exciting with the presentations of an eclectic group of world music artists. Chouinard adds, “These shows will increase the visibility and enhance the promotion of world music in the region as well as foster a greater sense of connection to cultures from around the world.”

For more information on the Capitol Theatre as well as the many shows and events, please visit the website www.capitol.nb.ca.