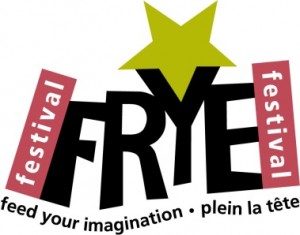 The Frye Festival is currently accepting tenders for the production of a three-dimensional life-size bronze sculpture of literary icon Northrop Frye. The public art project is part of a series of initiatives that the Frye Festival will announce in 2012 to celebrate the 100th anniversary of Northrop Frye’s birth, born on July 14, 1912.

Public art plays a vital role in creating a liveable and beautiful city, and it enhances the quality of life of all its citizens. While public art is not usually something that Frye Festival is involved in, Chair Dawn Arnold is excited about the project: “We have wanted to give Northrop Frye an enduring presence in our community for many years, and we are finally able to make that happen by commissioning a bronze sculpture to mark his centenary! Paying tribute to this great thinker celebrates the power of imagination and also raises awareness of the importance of literacy in our society today.”

The sculpture will feature Northrop Frye sitting on a park bench and reading a book. The Festival’s hope is to unveil the sculpture in time for Frye’s birthday in July 2012. The Festival is accepting submissions until December 21, 2011. Details are available at www.frye.ca.

The Frye Festival is also currently seeking partners – corporate and individual – for this project. An official fundraising campaign will be launched after Christmas. All donors will be recognized publicly, and anyone interested in helping out is asked to contact the Frye Festival’s headquarters at 506-859-4389 or info@frye.ca.

About Northrop Frye
Northrop Frye was one of Canada’s most prominent and celebrated public thinkers and a pioneer in literary criticism. He wrote extensively about symbols in literature and about structure, and his theories attracted international attention. He was considered one of the greatest scholars and thinkers of the 20th century, hailed as the “modern Aristotle” and the “Einstein of the Humanities” after his death. He is also “one of the top dozen most-cited intellectual writers of all time,” with the likes of Plato and Shakespeare.

Frye was born on July 14, 1912 in Sherbrooke, Québec. He was seven years old when he moved with his family to Moncton, New Brunswick, where he developed many of the ideas that he would go on to explore the rest of his life. In 1929 Frye won a typing contest and left Moncton to study at the University of Toronto, where he remained as student and teacher most of the rest of his life. Over the course of his life, he wrote more than 20 books, lectured at more than 100 universities around the world, received 39 honorary degrees, won the Governor General’s Award for Literature, was named Companion of the Order of Canada, had a postage stamp created in his image, and, in 2010, the Northrop Frye School in Moncton was named in his honour.

About the Frye Festival
The Frye Festival is Atlantic Canada’s largest literary happening and Canada’s only bilingual international literary Festival. The 13th edition of the Festival will take place from April 23 to 29, 2012 in the Greater Moncton area, and work is already underway to invite some of the best authors in the world to Moncton. More information about the Festival and its mission is available at www.frye.ca.