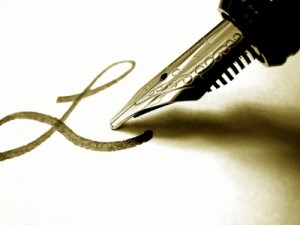 A group of leading poets from around the world has organized the biggest poetry competition in history. The new Montreal International Poetry Prize will award $50,000 for a single poem of 40 lines or fewer, written in any English dialect. Designed to bring more attention to poetry and to encourage people from all over the world to enter their poems, the not-for-profit Montreal Prize represents a major contribution to the global cultural scene.

To reflect its global perspective, the Montreal Prize has assembled an editorial board of accomplished poets from Australia, Canada, England, Guyana, India, Jamaica, Malawi, Nigeria, Northern Ireland and the US. These poets will select 50 poems for the competition’s shortlist, which will be published in a unique global poetry anthology, representing the very latest work from around the world. From these finalists, Sir Andrew Motion, the 2011 prize judge and former UK poet laureate, will select the winner of the $50,000 prize.

“The launch of such a large prize for poetry obviously marks an important moment for anyone interested in literature,” says Michael Harris, a Montreal poet recently nominated for Canada’s Governor General’s Award for Poetry, and a member of the Montreal Prize Editorial Board.

The $50,000 prize purse is a gift to the Montreal Prize from a donor who wishes to remain anonymous. “We were lucky to find someone generous and forward thinking enough to kick-start this project with a catalyst donation. And we are currently seeking a sponsor or patron for future years,” explains Peter Abramowicz, one of the Montreal Prize’s three founders.

“But even without a major sponsor,” adds Len Epp, another co-founder, “our innovative community funding model will allow us to deliver the world’s biggest poetry competition, thanks to those who support the Montreal Prize by directly participating in it.”

The early entry deadline for the competition is April 22.