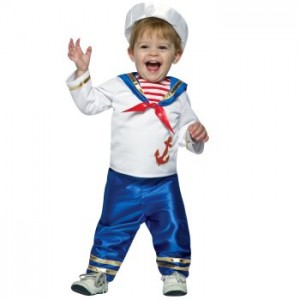 It was Christmas day 1983. My husband and I were at Children’s Hospital with a sick child. She had been hospitalized for three weeks while the doctors did several tests as they tried to diagnose her illness.

The children on her floor were all seriously ill and I often sat until late in the evening in the Parents’ room conversing with other mothers.

Many families had come from other countries to this particular hospital because the doctors specialized in unusual diseases. Because many mothers couldn’t speak English we communicated with hand gestures. If the parent was Spanish I used my high school Spanish skills to converse and somehow we were able to communicate expressing our fears and hopes as we tried to comfort each other.

My husband and I were one of the lucky parents because we had been told that our daughter’s illness was not life threatening. We still had to remain in the hospital for several more days and our daughter was very concerned that Santa wouldn’t know where she was.

Christmas in a hospital can be very depressing for families, especially if they have other children at home. The hospital staff try to bring cheer along with their pills and needles but it just doesn’t work.

Christmas morning as we sat quietly in our daughter’s room we suddenly heard laughter and music coming from the hallway. I peeked out the partially closed door and couldn’t believe my eyes. A group of sailors were marching through the hospital corridors singing Christmas carols while dragging huge white bags filled with toys.

The hospital lit up as though the sun had popped in to warm the hearts of the sick. The children whose faces had been filled with fear and pain suddenly had a twinkle in their eyes and a smile on their faces. The miraculous change in the small patients touched our hearts.

The sailors visited each room and handed a gift and a white, naval cap to each child. They stayed and played games with the children who were well enough to play. The sailors sang to those who could barely sit up and they helped open each child’s present.

These compassionate men had come from a nearby naval base. The young men were Santas dressed in white, men who had volunteered to spend their Christmas bringing a bit of joy to small children.

I was choked with emotion and wanted to hug each and every one of these goodhearted young men. Their goodwill gesture epitomized the true meaning of Christmas.

Life is made up of many memories and this is a memory that shall always stay with me.

Myrna Beth (Micki) Lambert, award-winning author, is the mother of three grown daughters and nine grandchildren. She had been married to her husband, Stan, for 48 years. Micki writes poetry and short stories and has had several poems and stories published. Her writing has received many awards including the Tom Howard Short Story Contest and Voice Net Poetry Contest. She has had several Christmas stories published in Bread ‘n Molasses. Myrna divides her time between homes in Chicago and Florida.