I’m tired today! Yes, I realize that switching our clocks ahead last night to save that hour of precious daylight, is part of the reason, but the big yawns this morning are a result of the 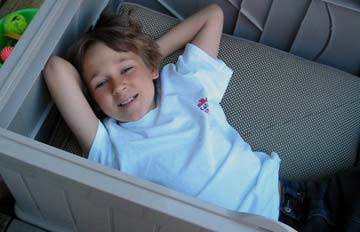 My son, Dan, is turning 14 at the end of March, and his gift request was the new Nintendo Wii game, Super Smash Brothers. The launch of the game is today, but the gamers have pre-booked this game months ago and the excitement was enough for the game stores to open at midnight last night. In keeping with the letter of the consumer contract law I suppose, it was launched at one second past the hour. Our local electronics and gaming store called to remind us yesterday morning, that we had put our deposit on the game, and it would be ready for pick up at midnight!

“I thought you guys closed at 6 on Saturday?” my wife asks innocently.

“We do. But we’re gonna re-open at midnight,” the clerk assured her.

I naively tried to picture which parents in the hood would be driving their kids at midnight to buy a game for crying out loud. All I knew was that by midnight these days, I have been asleep for three hours.

Dan was six feet off the ground when we decided to tell him that he was getting his birthday gift early. It was really a selfish and strategic move. It would probably cost my wife and I about $75 in rental fees at the local Blockbuster to rent the damn game over the next week. Add the gas, throw in the inevitable late fees and then add the time spent shuttling him to Blockbuster every four days during March break. Don’t forget to factor in the “I have nothing to do” during his March break from school complaint that we would no doubt be hearing, and we came out looking like pretty astute parents.

Dan started an official New Year’s Eve style countdown to Midnight. He began the regime of warming up his wrists and thumbs for the super smashing that would begin as soon as the game was in hand and on his system.

Now the huge problem with last night’s midnight run was the weather. Around noon yesterday I looked out the window and could not see the car or the driveway due to the snow storm that was walloping our town.

By six in the evening the snow was so high that Speeder lost his sight lines in the front window, and decided to watch TV instead of keeping watch on the front lawn that had long ago become a snow drift.

By 8 pm there was zero visibility and the snow was higher than the tides at Fundy. By my bedtime at nine, I tried to negotiate with Dan. “Dan, I know that you really want this game, and you have been waiting for months, but have you looked outside”? The look of a young boy’s eyes and the look of disappointment melted my heart. No answer was given to me, just a look of “Dad, it is important to me.” Damn those cute eyes that he got from his mother! He melts me!

The snow continued to pound away burying the last remainder of any piece or patch of asphalt left to see. I went back to his room at 10 pm for one last pleading. “Son, I don’t think they will be open, the roads are probably closed for goodness sake.”

“I’m not even sure we can get out the door right now. The snow is over Speeders head!” I cried.

Those eyes! Damn it. Why does he give me those puppy dog eyes!

The storm drops about another foot more of snow as I gaze out the window in a futile attempt to convince myself that maybe it will be fine. On the television in closed captioning I read that the Provincial Police are pleading with motorists to stay off the roads. 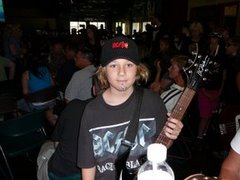 Janet will drive she tells me. I still want to go as I worry about them getting stuck after midnight on some side street. I fight my exhaustion till just before 11 and then give up. I turn off my light and wonder what the outcome will be. I give one last glance out the window and get a glimpse of the winter wonderland that falls from the heavens. Mother Nature is showing no mercy. It becomes blatantly obvious from the storm that God is not a Nintendo fan.

The whole concept of Spring break and Daylight savings time which starts tonight is lost in the irony of the season’s biggest storm.

I walk by Dan’s room and peak in and marvel at him doing thumb push-ups to get in shape for the game.

A call is made to the store after 11:30 and Dan comes bouncing into my room to announce that he has indeed made contact with the store, and by golly the employees made their way in, and are opening at midnight to sell the long awaited game.

I close my eyes as this is now the latest I have been up since September of last year when I had my own medical “perfect storm.”

The boy and his wonderful Mom head out. I faintly see the lights of our car pulling out into the biggest snow storm I have seen in years just before midnight. I fall back asleep.

Around one o’clock I wake up and I am alone in the house. Panic sets in as the two people who mean the most to me in the world, have ventured out into the storm over an hour ago. I feel helpless in my deaf world. How can I phone anyone? I wish I had a TTY phone now, so I could check the store to see if they made it.

I pace the halls worried and confused.

Just after one, I see a light come on in the hall. An excited boy with a game in his hand is jumping up and down like he won the World Series. His mother behind him is a study in contrast. Tired, as she should be at one in the morning, and stressed from the drive.

“Dad, Dad!” he screams. “My friends Jack and Cheyenne were in line,” he writes out for me to read.

“In line? There was more people than just you guys?”

Janet explains that there were over 75 people lined up in the cold and the storm to get the game at midnight. I smile at the thought of these wonderful parents and the sacrifice they made for these lucky kids. I know the kids will have happy memories for a long time.

I am so happy at our act of kindness for a great kid, and the affection and gratitude he is giving us, that I fight a tear. I think of a quote on a picture I have in my office. It is a great photograph of a young boy sitting with his back to the camera. “A hundred years from now it will not matter what my bank account was, the sort of house I lived in, or the kind of car I drove … but the world may be different because I was important in the life of a child.”

I sleep sound and happy.

I know Janet and I will be tired today, but the kiss and the “I love you Dad” signed in ASL last night, made my day/night/and weekend. I know I won’t be as tired as Dan. I’m sure the Smash Brothers tournament went on his room till the Wii hours of this morning.

David Poirier was born in Middletown, Nova Scotia, and currently resides in Whitby, Ontario, with his wife, Janet Sweet, and their 14-year-old son, Daniel. David lost his hearing as a result of an infection and spent 90 days in the hospital before returning home to continue his recovery. On April 8th, 2008, he was implanted with a cochlear implant from Advanced Bionics. On May 1st the surgically implanted device was activated and he heard sound for the first time in over 200 days. To find out more about David’s journey pick up the June 2008 print edition of Bread ‘n Molasses magazine and read his article “The Elephant in the Room” and for more of his ramblings visit his blog at www.lifeinaconeofsilence.blogspot.com.