Our Heavenly Father answers many prayers. I used to pray that I would be guided to find a kind loving wife and in return I promised to be a faithful loving husband. In July 2000, while living in Dallas 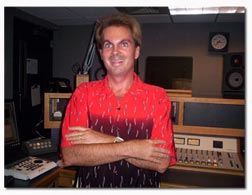 and employed with Bank of America and KISS-FM, my prayer was answered. A letter addressed to me had been placed in my mailbox during one of my weekend shows. Jennifer Gable, a long time fan of my radio show, was the letter writer. At the time, Jennifer did not know that her favorite disc jockey was blind. Since I could not read her letter, I asked my assistant to do the honors. Though I could not see my assistant’s face, I could tell by the excitement in her voice as she read to me that this letter was a keeper. I soon found out that Jennifer was a keeper as well!

In Jennifer’s letter she told me about herself. She included the job she held, the high school she had graduated from and the reasons why she had enjoyed listening to my show. Jennifer had been a six-year listener and instead of calling me, she had decided to write the letter. This letter became a life changer for both of us and will be kept close to my heart for the rest of my life.

I quickly dictated a response back to Jennifer. Within a few weeks of talking on the phone with one another, we decided to meet in person. I explained to Jennifer that I was blind and I told her that my friend, Jason, would be driving me to meet her. She took the news very well. I figured she knew I was not teasing as that would have been a silly subject to fabricate just to get a laugh from her during our conversation.

Jennifer is a sighted person, but that did not deter me from wanting to roll out the red carpet for her. My goal for that evening was to provide a fun first impression and to offer her a fond memory, one that she could treasure and remember for the rest of her life.

My friend Jason drove us to Chili’s restaurant for our first date. Jason was very enthusiastic about driving us. I think he was excited about seeing Jennifer and I together and also because I had promised him a free meal in lieu of being the evening’s chauffeur. Our ride to the restaurant was an exciting beginning as we became acquainted with one another. She quickly noticed that I was “handi-capable”, thank goodness, and not handicapped.

Jennifer showed an interest in wanting to see me again and we soon began dating regularly on Saturday nights. It was important to me that she initiate things, as there was a 13 year age difference between us. To my relief, she informed me that this did not bother her. On Sundays, we began attending church together. We could both feel our friendship strengthening. Our conversations became frequent and deeper. Jennifer was very considerate, which was easy to observe and appreciate.

Jennifer and I quickly realized that we shared many of the same ideals and had an interest in the same hobbies. For instance, we discovered that we both enjoyed similar music. Her tastes were amazingly broad. Since first meeting, she has exposed me to many classic movie tunes and oldies that I had never heard before—even gospel artists who I thoroughly enjoy listening to. 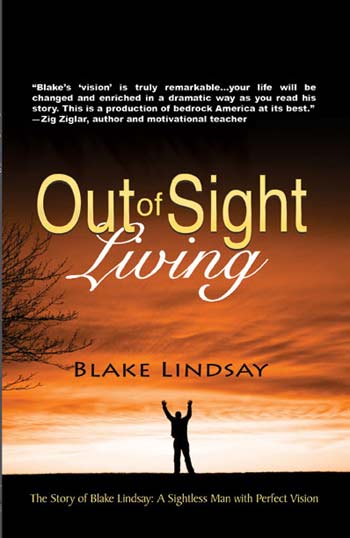 I had never proposed marriage before and was a bit unsure of the proper procedures. So I called a long time friend, Johnny Shannon, and asked him about the number of knees required to kneel during a proposal. After a laugh, he told me one knee was all I would need. I just wanted to make sure I did it properly.

It was New Year’s Eve 2001 and I had great hopes for how 2002 was going to start. We went to dinner at Antonio’s restaurant with some true friends. I had let our friends in on the secret earlier that day. I was extremely eager for midnight to arrive. After what seemed like an eternity, the clock finally struck the magic hour. I bent down on one knee and asked Jennifer the anticipated question I had been carrying around with me all day. There was complete assurance in her unhesitant, yes! I found out later that she was beginning to wonder whether I would ever ask her or not. I’m happy that I did.

Jennifer and I were married at First Baptist Church of Carrollton on March 29, 2003. Five years of marriage have gone by and I thank God for her every day. I am also thankful for my radio career, which is partly responsible for partnering me with my soul mate. Our music library grows a little bigger every day and we really enjoy the hobby of bringing it together from CDs that we own, including several of the “best of the best” collections. We also enjoy making Christmas CDs and giving them out with a Christmas card to friends and family. Of course we have some money wrapped up in this leisurely pursuit, but we sure enjoy it.

I enjoy life so much more with Jennifer. She shares with me what she sees in our world every day. I am able to see through Jennifer’s eyes that the life we have and the world we live in are simply amazing. She knows how to give me excellent visual insight with just a few words. Jennifer has a wonderful knack for describing our scenery and helping me understand and enjoy movies more than ever. Many times during a film, things will happen that are not in the verbal script. There is often occasional silence. Jennifer quickly fills in the blanks with a two second nutshell whisper, which never distracts anyone near us.

While we are driving, she reads the signs and billboards to me. She explains our surroundings and what businesses there are in unfamiliar areas. She describes what the sky looks like when it is especially beautiful or unique with a storm approaching us. An example of her terrific insight is her interpretation of an Oreo’s commercial that was playing just the other day. It is very common for today’s commercials to be silent or have few words. This particular commercial depicted two cops, one African American and one Caucasian, competing to lick the filling out of their Oreo cookies. The Caucasian officer won the contest. Without even asking her, Jennifer explained the commercial to me in five seconds flat, which brought a smile to my face as I imagined all the little details of the commercial in my mind—two grown men rushing to devour tiny little goodies, crumbs dropping to the floor and faces covered in chocolate mush. Quite hilarious!

*Excerpted from Blake’s book, Out of Sight Living.

Blake Lindsay lives in Texas, with his wife Jennifer. He is the host for Zig Ziglar’s weekly Inspire Podcast on ziglar.com. In addition, Blake produces voice-overs, audio productions for corporate websites, commercials, and station branding through his company Blazin’ Blake Productions. He is also available for speaking engagements in churches, schools, service organizations, and conferences. www.blazinblake.com