Mrs. Phineus, a kind and gentle old woman, lived alone on the ground floor of a senior citizen apartment on Chicago’s north side. Her only communication with the outside world was her radio and her telephone, a rather large phone, the size of a paperback book. She needed this large phone so that she could read the numbers when she placed a call. Mrs. Phineus’ main occupation was placing phone calls to local radio stations. She was particularly fond of station CBN because she could hear the delight in the host’s voice when she called.

John Weber, host of CBN talk show, looked forward to Mrs. Phineus’ calls. She contributed to whatever discussion was taking place. Mrs. Phineus was a very intelligent woman. She discussed politics, environmental issues and the behaviour of young Hollywood starlets with equal fervour.

She had much to contribute to the discussion of the elderly. Mrs. Phineus said she had no family and all her friends had departed. She was homebound and only left her apartment to do her grocery shopping at the super mart a few doors away.

“The kind young man from produce always helps me select my peaches and plums, and then he follows me down the aisles while I tell him what groceries I need for the week,” she said. 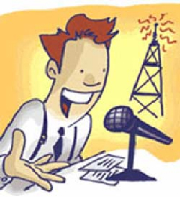 Mrs. Phineus lived on her social security check and she had deep feelings about the care offered to senior citizens by the government.

“I worked most of my life, and always paid my taxes. I do receive medical help, but the care does not cover the surgery I need to repair my vision. Well at least I save money by not owning a TV,” she said with a chuckle.

The hosts of various talk shows grew to love Mrs. Phineus. She had been calling their talk shows almost every night for the past three years. John Weber in particular was very fond of Mrs. Phineus. Several times he asked her to stay on the line as he went off the air. He asked her if there was anything she needed. She was a proud woman and her answer was always the same.

“Thank you, but an old lady needs very little.”

She was evasive about her age. He surmised from her recollection of certain events that she was about 90.

In late November John realized he had not heard from Mrs. Phineus for several weeks. He assumed the lovely old woman had gone on to a better place.

When his talk show aired on Christmas Eve he mentioned that he missed the calls from the lovely, elderly lady who added so much to the talk show. Listeners began calling and repeating his sentiments.

One caller asked if there was anything he could do in memory of the bright and feisty woman. John mentioned that Mrs. Phineus had very little vision and had been unable to have the necessary surgery to restore it.

The phones began ringing like mad in his studio. Many people suggested starting a Mrs. Phineus foundation to help elderly people with vision problems. Three retired eye doctors offered their services on a volunteer basis. They had admired and sympathized with Mrs. Phineus. One doctor said that she reminded him of his grandmother. It was Christmas Eve and people were caught up in the spirit of giving. 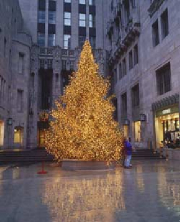 Thousands of listeners donated money and the Phineus foundation was created. Its goal was to help elderly people who suffered from vision problems and did not have the income to seek help.

The following Christmas Eve, exactly a year after the foundation began operating; John Weber at CBN received a phone call from an elderly lady whose voice he soon recognized. He was stupefied.

“Mrs. Phineus is that really you?” he asked.

“Yes,” she replied. “I have missed talking to you. My vision became so bad I couldn’t see the numbers on my phone and had to stop using it. I just want to reassure all your kind listeners that I am still here and so appreciative of their generosity. The Phineus foundation is a wonderful organization. The doctors are brilliant and so kind. I have had my surgery free of charge and my vision has never been better. I can actually see the numbers on the phone without squinting. And when I shop I can select my own canned foods. I owe it all to you Mr. Weber and your wonderful listeners. I just had to call to thank you all and wish each and every one of you a Merry Christmas. The foundation is helping many senior citizens. In fact three days a week I volunteer my time there answering phones and greeting people. I have made many friends at the foundation. I actually feel useful again. Thank you for the lovely eulogy. So much goodness has arisen due to my demise. A healthy and happy new year to you all. I shall call again.”

Mrs. Phineus’ death and resurrection kept the phone lines ringing for days at CBN. One caller summed up the feelings of the majority when he said that it took the death of the elderly lady to finally get her some help.

More donations continued to arrive and the foundation grew in size. Eventually many eye specialists donated a day from their busy schedules to aid the elderly.

John Weber never heard from Mrs. Phineus again. He chose to believe her life was so fulfilling that she didn’t have time to listen to radio shows anymore. Of course there was also the sad possibility that Mrs. Phineus had once again departed, but her memory would live on through the wonderful foundation she had helped to create.

Myrna Beth (Micki) Lambert is the mother of three grown daughters and eight grandchildren. She has been married to her husband, Stan, for 40 years. Micki writes poetry and short stories and has had several poems and stories published. Her writing has received many awards including the Tom Howard Short Story Contest and Voice Net Poetry Contest. She divides her time between homes in Chicago and Florida.