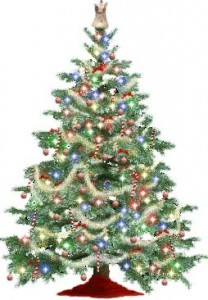 Things were sad at our house when our nineteen-year-old sister died in June of 1940. Her name was Alice. She contracted polio when she was a three-year-old. Alice wore braces until she was in her teens. I spent more than one morning trying to repair the leather and iron contraptions so she could get to school.

Numerous surgical procedures by doctors at the Primary Children’s Hospital and at the Shiner’s Hospital in Salt Lake City eventually got her to the point where she could walk. A special shoe was made to compensate for the difference in the length of her legs. Alice had that characteristic in common with my Welch grandfather whose leg was crushed while quarrying granite for the Salt Lake Temple. Two years were required for his recovery; but he did meet my grandmother. If that were not so, I wouldn’t be writing this story, would I?

After high school Alice declined; finally spending all of her time in bed. She got out of bed only once during this period. That was to play the piano for the last time. She had been giving me lessons. That was the end of my musical career too. I always talked to her after school about school and what was going on in the world. When she died, I didn’t care about school anymore.

Doctors came and went. One day a young doctor came that looked smart and efficient. Our hopes increased for a day or too. Unfortunately, he could do nothing. Alice steadily declined to the day of her death. I remember how sad that day was. My curly-haired younger brother, Don, and I were building a fort on the kitchen floor when she died. We built our forts from kindling wood. The floor had new linoleum, a sign that we were coming out of the Depression.

Dad was back at work and things were getting better, except for Alice. Finally, that evening, Dad told us she had died and took us in to see her. He had placed quarters over her eyes held there by a cloth. He had tied her mouth shut with another cloth. It was depressing. When the morticians came, and in an apparent rough manner, rolled my sister from her bed sheets into theirs, my mother gave out a cry that sends shivers up my spine to this day.

The funeral was torture to me. My mother was crying and I was sad.

At Christmastime, Dad asked if we wanted a Christmas tree. I was eight years old and my brother was five. We knew that he didn’t feel like Christmas and neither did we. I told Dad that we were old enough to not have a tree.

It was our custom to put the tree up early. As the days passed to Christmas Eve, my brother and I became sadder by the minute. A Christmas without a Christmas tree was not Christmas.

We had some sparse Christmases during the depression. I remember one or two Christmases that were saved by the members of our Church who brought food and gifts on Christmas Eve. One person who saw that was done was Jesse Evans. Jesse was an operatic singer and was then singing with the Mormon Tabernacle Choir. (She later married a gentleman that became the president of the Mormon Church and her name was changed to Jesse Evans Smith.)

During the depression, Dad got a job as an accountant with the WPA. The WPA hired people of many professions to give them work when there was no work. Dad was auditing a bank in Logan, Utah, when he read in the paper that he had been appointed to the position of Deputy City Clerk. Jesse Evans had been elected to the office of City Clerk and hired dad. (He was never out of work after that, serving as a county commissioner and then serving for many years as the Auditor of Salt Lake City.)

But this Christmas was going to be dismal. We could have used Jesse with her loud voice and good cheer. I felt sorry for my little brother, Don. He didn’t seem to know what was going on.

Christmas Eve was Doldrumsville. I remember looking out the window. Snow had just started to fall. That’s when a dump truck pulled up in front of our house. It was full of Christmas trees. A man headed for our porch. I answered the door and the man stood there with a Christmas tree. He said that he would sell us one for 50 cents, saving us half the regular price. He had too many trees and too little time to sell them. I thought just maybe. I looked up at Dad. So did my little brother. Dad dug into his purse and paid the man and told him Merry Christmas. The man repeated the words and was off to another house. (I learned later that we were not the only family in the neighbourhood to buy a tree from that man at the last minute.)

Elated, I worked on the wooden stand for the tree. Somehow I always got that job. I had to do it myself with no help from anyone else. Quicker-than-usual, we had the tree standing next to the wall in the parlour. Out came the decorations. We went to work. Christmas returned to Dad. He got his excitement back and helped us to decorate the tree. We were in full swing when my older sisters, and finally my older brother, came drifting home. Each one had a snow-covered Christmas tree. Everyone broke out laughing. That was the first time that had happened since Alice died. Two or three of these unneeded trees were purchased at the local grocery and we were able to return them. This was quickly done.

Soon we were all decorating, not only the tree, but the whole house. Then our siblings put gifts under the tree. There would be Christmas and it was here.

I’ve thought on that Christmas over the years. It is exactly as Alice would have wanted it. Would I be surprised if she actually planned it? Not one minute! She is eternal.