Where the River Meets the Ocean—Tabusintac

“If you build it, they will come.”

In the 1989 film, Field of Dreams, they were literally talking about a ball park, 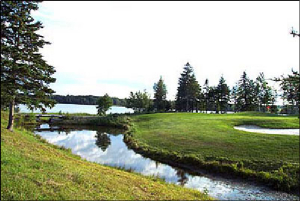 but for many people this line has come to represent a “can-do” attitude for life and business. One Miramichi community has adopted this philosophy, but they’re not building a ball park—they’re building a future. The community of Tabusintac is on a mission to show that a few people can bring about major change when they have a vision, a plan and the determination to see it through.

“It all starts with a plan,” says Carman Bryenton, Community Coordinator of the Tabusintac Community Development Corporation (TCDC). “People want to be a part of something positive.”

The TCDC is a community support organization mandated to lead and assist in community development through increased commercial activities in areas such as tourism. The Tabusintac Local Service District (LSD) covers the area of Cains Point, Comeau Settlement, Covedell, Gaythorne, Price Settlement, Tabusintac and Wishard Point servicing about 1,000 residents. The community may be small, but they think big. To help improve and develop commercial activities in Tabusintac, in 2005 the LSD hired a consultant who developed a three-year strategy plan for the tourism industry with 25 projects related to infrastructure, activities, promotional marketing and other development. It soon became apparent that even with the community’s strong volunteer base, this ambitious plan was too big to rely solely on volunteers. So they formed the TCDC and hired Bryenton and an assistant to develop the 25 projects and support the LSD. And to say that then everyone got right to work with determination and enthusiasm might be a bit of an understatement. Quite simply, a lot of things are changing and will continue to change in Tabusintac!

“We are blessed with a tremendous sense of community and sense of volunteerism within the community,” Bryenton says. “A lot of good things happen here.”

One of the projects everyone is very excited about is the cottage cluster on the riverbank next to the Tabusintac Regional Golf Course.

“Accommodations were identified as a weakness in the study,” Bryenton says. “If the tourists came, they’d have no place to stay.”

But after a hectic year of planning and building, the 18 cottages opened for rentals this past summer, in mid July 2006. The cottages have two bedrooms each, with either a queen-sized or twin beds. Each living room comes complete with pull-out bed and satellite television. One of the cottages is even handicap ready. And all of the cottages are available for rental year-round.

Another major project in development is a $1.4 million Community Centre to be built in conjunction with a new school. The goal is to create a multi-purpose facility with a gymnasium/community hall, Community Access Centre and library, kitchen/cafeteria, Community Health and Wellness Centre, and offices and board rooms. Both the LSD and the province of New Brunswick have partnered with the Tabusintac Community Centre to help fund the project with the remainder of the money to be raised through fundraising initiatives like the “Buy a Brick Campaign,” which allows individuals and families to contribute by purchasing one or several bricks at a cost of $25 each. All donations are tax deductible and there are many sponsorship levels from Donor to Benefactor. Phase One of the fundraising initiatives happened during last year’s Old Home Week and raised $30, 000.

Tabusintac Old Home Week happens every five years and is a celebration and sharing of local heritage. The next event is already being planned for the first week of August 2010 with the theme, “where all roads lead home.” The reunion type festival draws family, friends and others to the community from all over the world to meet under the “big tent” and partake in many activities including breakfasts, lunches, a golf tournament and raft race. 2005 marked the 55th anniversary of Old Home Week in Tabusintac. The community sees big potential in eco-tourism and Bryenton says they wanted to find an icon that would both identify them as an eco-tourism destination and mark the Old Home Week milestone.

“We commissioned a sculpture of a Blue Heron, which now stands at the entrance to the marina, as an icon to commemorate that and celebrate the Estuary,” Bryenton says.

“We have a pristine river,” Bryenton says. “There is a lot of diverse eco-system within a small area here.”

This year the community wanted to increase the boating opportunity so they registered their marina. They have architectural plans to build a lighthouse as an interpretive centre at the marina. Developing trails is another part of the eco-tourism plan. Phase 1 will be a woods and wildlife trail that begins at the new Community Centre and will be multi-functional to incorporate cross country skiing in the winter months.

Marketing and creating awareness of the community is another major project the TCDC undertook. This year seven community partners came together and they developed a website.
“We’re very pleased with the development of that,” Bryenton says. “Together we were able to do much more than any of us would have been able to do on our own.”
Bryenton thinks partnerships are key to the success of any community.
North-eastern New Brunswick has to work with all the communities within the region, in order to develop the region,” he says. “We have to work together, not competing, but complementing.”
There’s been a lot of interest from around the region in endeavours like the Tabusintac Country Market that opened in June. The market opens every Saturday morning from 7:30 until noon at the Community Hall on Route 11. Visitors can enjoy a hearty breakfast until 10 a.m. and then browse the various crafts, produce and other local vendors.
“It’s been very well received. There’s been great interest,” Bryenton says of the Market, which also provides a social opportunity for the community. The market continues throughout the autumn and will probably take a winter break after Christmas until spring.
The list of projects and accomplishments seems never to end—the golf course, which is considered one of the most challenging 9-Hole courses in the province plans to extend to 18-Holes and build a new clubhouse; a community paper called The Tabby Tattler is circulated every two months to all the residents and is also available online; and local entrepreneurs are pitching in with The River Haven Campground upgrading their sites and the Straight Brook Lodge expanding their operation.
“We’re very fortunate,” Bryenton says. “We’ve got a lot of committees of volunteers that are very active.”
One thing is certain—they are building in Tabusintac, confident that if they do, people will come.
“We are very hopeful about the future,” Bryenton says.
For information about anything mentioned in this article and more please visit the Tabusintac Community website at www.tabusintac.ca.