In my travels I have met many interesting people and one of the things that strike me is the courage many of them have shown as they “changed their lives.” Don’t get me wrong I’m not offering a value 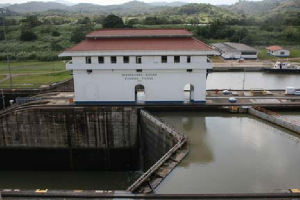 statement here about the absolute need of everyone to make changes in their lives, I’m simply pointing out that some people I have met have very interesting life stories that involve courageous steps they have taken. I like courageous stories.

One such is about a couple of young men; Jochem, and Danny, in their thirties, who sold everything they owned and moved to Panama to start a business together in the Private Banking and Investment services industry. They had been Swiss Bankers essentially in Bern, and decided that they wanted more opportunity for a “bigger life,” so they started a Swiss-style brokerage firm in Panama City, moved their families and have been working successfully at it ever since. It seems that would take a lot of courage, and I asked one of the principals how they took on that challenge, with a wife and family to consider. His response was that the Dutch have been moving off-shore and starting new ventures since the Middle Ages; that it was in their blood. I am impressed nonetheless, with the courage it takes to move out of our comfort zone to find a new way of life.

Then there is a close friend of mine, Pat, who lives the summer months in Nova Scotia, and who many years ago bought a business in Costa Rica, where he lived with his wife in a suburb of San Jose. He was a good Maritimer, with some business sense and made a success building a business in Latin America. He bought a home, learned a new language and generally built an adventure for himself, complete with staff and a total incorporation of the culture of his new home community, becoming a resident of Costa Rica. He eventually sold his interests in that country and moved to Panama as he decided Panama is a more comfortable place to reside, and continues to be involved in charitable work and cultural activities in his new country. He is retired and very comfortable and thinks of Panama as home now. Nova Scotia is a summer place he maintains for now to have a bridge to his children, who have families of their own and are living in Canada still.

Last evening we ran the Hash Run. Tthe Hash House Harriers is an international informal club that describes itself as, “a drinking club with a running problem.” You can read more about its history online. We met a man from Australia named Bob. He had a young wife and two children and had taken on a lubrication business some years before. Bob decided that Panama was a better location for international sales efforts and not a bad place for the family too. We met another fellow from Germany on the Hash last night, Peter, who had come from West Berlin some years ago and now works on building a business as an International Commercial Law consultant. He was very interested in helping me develop my business providing retirement relocation strategies for Canadians.

Then there was Sheft, another old hand at the Hash, who had been here in Panama for years, having just up and decided some decades ago that he could do as well as in Holland, with less crowding and less tax. Sheft was a leading connection for most things from Real Estate to computer services, and is the life of the after Hash party that erupts on the street when the gruelling run is over.

All these folks have shown considerable courage in the decision to make more of their lives. I always thought it would require wealth to make such a step, and although it surely needs some balance of courage and wealth it doesn’t necessarily take huge amounts of money. In fact I have always believed it is an adventurer’s spirit that must be at the root of migration. What was it that drove people through history to migrate? Food, adventure, famine at home, over-crowding, wealth or better hunting? All of the above perhaps, but some courage too I’d guess.

I can’t help but think of my forefathers, who came by sailing ship across the North Atlantic. A 60 odd day passage form Cork in Ireland to Montreal and then they walked to land north of modern day Toronto to carve a world for all of us who followed. My good friend Gonzalo brought his Irish passport with him to our St Patrick’s Day party, to prove the courage of his personal adventures as a youth in Europe. He explained that he had received the citizenship through the exercising of a maternal link to an Irish grandmother, and as a consequence his last two children were born of an Irish parent and so had the citizenship and EU access too.

The Cigar Aficionado’s meeting was held at Omar’s home in Costa Del Este, and was feted to a wonderful spread of Middle Eastern food and hospitality. His is another interesting story worth repeating. He is a Turkish Canadian, who earned an engineering degree at McGill University in Montreal, in the 80’s.  He met a lady there at the engineering school, Ilene from Venezuela, who helped him with his homework. He asked her to marry him and she basically turned him down, saying she wasn’t ready to settle just yet. He went off to start a number of tool and die works in Montreal, an import/export business, as well as a real estate business.

Hearing that I am a tax planner in Canada, he explained why he had left. One year he paid the federal government a tax bill of one million dollars for his personal obligations under the tax law of Canada. He told us that for his troubles, he was immediately audited. The auditor from Revenue Canada sat in his office and asked the same questions of his accountant and himself over and over for two weeks, completely disrupting his efforts at his work and (this was the straw that broke the camels back) drank Omar’s coffee continuously all day long! Finally the auditor was finished and left with a left-handed remark about everything being reasonable this time but that he would be watching Omar’s actions in the future.

Omar proceeded to sell his business interests in Canada and move his international operations to Costa Rica. He had three factories in the suburbs of San Jose where he lived and prospered until he became concerned about the changes going on in that country. In the interim he had kept in touch with his friend from university and went to Venezuela to ask her once more if she would marry him, some ten years later. He gave her 10 minutes to decide; so as she had just lost her job, was fed up with Venezuela, and Omar had a dog, (she likes dogs), she said sure! They live in Panama today with three beautiful kids, and a Scottish terrier, named Bongo.

Let me tell you another love story, about Hiddo, another Dutchman, and Cynthia, a girl from PEI, who met in the Caribbean Island of Curacao, and went to live in Japan. He had lost his job when the airline he was flying for closed and took a new position in Japan flying for a domestic carrier. They lived 10 years in Japan and had a son, all learned Japanese, and then thought they should start again in a country where they would retire in the future—Panama. They bought a property on Isla Toboga in Panama Bay and have built a high-end bed and breakfast that promises to be a money maker. Hiddo still flies in Japan, so he commutes back and forth, while Cynthia works the businesses in Panama, and cares for the 10-year-old boy. Very busy and disjoined perhaps but it’s what they want and are willing to work together for.

The best story I can tell you about a lifestyle change however is another one related to our beloved Cigar Aficionado’s Club. We got an invitation to have coffee with a Cuban Cigar Fabricator at his factory 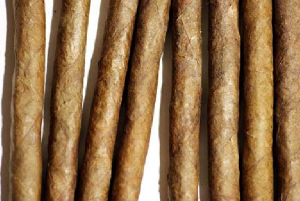 on the outskirts of Panama City. Miguel Camejo is a grey haired be-speckled man of 70 years or so, who after 30 years of cigar rolling in Cuba retired. He had no way to make any money so he asked the government if he could visit Panama. He arrived here with a few dollars and started doing what he knew best, rolling cigars, and soon had a house, two dogs, 10 employees and a prosperous comfortable life. His hospitality is the stuff of legends and we enjoyed a fancy cigar all round with repeated cups of the sweet black coffee of Cuba. We were shown the factory and even had a try at rolling one ourselves. The tobaccos were explained and the method demonstrated. Then it was off to the massive humidor and a selection of bundles of fine cigars were on offer for very friendly prices. Camejo has a life he enjoys now. Seems this is one of the best, very courageous lives, I have had the honour to meet.

It takes a certain kind of person to venture off across the Prairie of the West or sail with family out of the Canaries for the New World, in a modern yacht even, but people of extraordinary character have done such things. I find it exciting, impressive, and worthy of a tip of my hat.

James E Sellars, B.A. (econ), CFP, is a Tax Accountant and Certified Financial Planner for Keybase Financial Group in Moncton, NB. For more information on making a Canadian lifestyle change with all the steps and requirements explained, visit his website at www.wealthmanagementcanada.com.
Logging In...