A Melody of Memories
By Bonnie Jarvis-Lowe 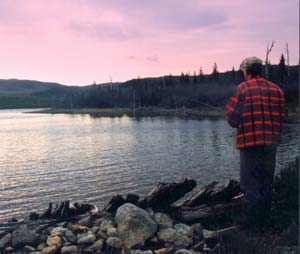 followed me along life’s road with words that are still applicable to me and words I will never forget.

The first recollection is of living in Cape Breton, married to a member of our Federal Police Force. I moved to Nova Scotia with him because, “it’s the sweetest thing I know of, just spending time with you.”

While I was expecting our firstborn, a son, the FLQ crisis ravaged our country, the War Measures Act was enforced, and security details for our leaders were very tight. My husband would be gone for periods of time, and when he returned it was always a joyous reunion. The song uses the same words I used when my husband returned home after a long absence.

“I felt the baby move yesterday,” I told him.

He was thrilled! I always had stories to tell him about calls from Newfoundland, what was happening in our families, and what was “the latest thing the neighbours say.” He would be overjoyed to be back home in our apartment. Always he would notice something I had decorated because “it’s the little things that make a house a home.”

He would say with a smile, “Hey, it’s good to be back home again!” 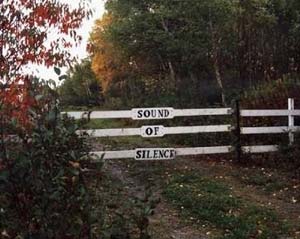 He would be happy to be home. He would rest and relax, and lots of laughter would come home with him as he told stories of his adventures, laughter that made pleasant memories when he would be sent away again. I would be alone again in a community where I knew very few people. But I was fine, because I knew that the same delightful reunion would happen when he returned. After our son was born it brought me great joy to see a young father so amazed at how fast our baby was growing. Ironically, we had our happiest times during that crisis in our country, in spite of our concerns for Canada.

I recall vividly the night in Sydney, NS, when he was hours late getting home. He arrived just before dawn, cold, hungry, and very tired. He told me there had been a murder in Sydney’s Wentworth Park. Sometime later Donald Marshall was tried and convicted for the murder of Sandy Seale, and spent years in prison. He was eventually exonerated, and the Marshall Inquiry years later always brought back the memory of that morning when my young husband was so relieved to “lay this tired old body down.”

We had more transfers after that, and in Lunenburg, NS, we were blessed with a baby girl. The song with its “felt the baby move just yesterday” was still at work in our lives.

After all the years of pursuing our careers, raising a son and a daughter, educating them and watching them leave the nest, we are back to being just the two of us. It was the year 2000, and a time for new beginnings. Our new beginning was retiring and returning to Newfoundland and Labrador. We had come full circle, back to where we met in 1966.

We are nearing the end of the lyrics of John Denver’s song now. We are home on the land where my husband grew up; living in a new retirement home we built on that same land. Now he comes home, after a few days hunting, to a comfortable chair, “a fire softly burning, supper’s on the stove.” He knows I am delighted to see him.

We are grandparents now. Our little granddaughter is far away and we wish she were closer. We stand in front of our new home and look out over the sunlit bay. I remark to my husband, “Hey, IT’S GOOD TO BE BACK HOME AGAIN!” He smiles, because he knows I always comment that we have lived a song. Now, this land we live on “feels like a long lost friend.”

We discuss the happenings in our community, in our lives, and in the world. Often he reaches for my hand, because our daughter’s fight with cancer at the age of 28 was a heartache we share. Often my husband reminds me of all the detours and the many homes we have lived in over the 35 years we’ve been together.

One day as we sat on the patio of our new home in the sunshine, the phone rang and it was our son calling from Western Canada. “How are things Mom?” he asked.

The baby born in Sydney Mines, NS, is a man now. A sense of nostalgia washed over me as I remembered his birth, and the excitement of a young husband who was ecstatic at becoming a Dad.

All I could say to our son through my rush of memories was, “John, I can honestly say, ‘It’s good to be back home again.’”