Keeping the Watch on Christmas Day

I am a Registered Nurse, now retired, but the memories of special times and special patients will never be erased from my memory bank. This is one event I will never, ever forget. 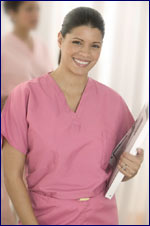 When I prepared for work on Christmas Day in 1998, little did I know that this would be my most memorable Christmas, and all because of Norman, an elderly gentleman on our palliative care unit.

Norman was a proud man. He was a veteran of the Second World War. He had been a farmer all his life, raising five sons and four daughters. Now he was a widower, but most of his family lived within driving distance. He could no longer care for himself and could not keep his pain medication straight. This Christmas was going to be his last and he knew it, as did his family.

After our morning report all of us nurses made our rounds, dispensed medication, soaked up our patients compliments, had pictures taken with them, admired their gifts, and generally overdosed on all the goodies and chocolates.

They were a wonderful group that Christmas. We prepared the medications for each patient who was leaving on a day pass, and we prepared Norman’s as well. He said his family was coming, so his caregivers got him dressed in his Legion blazer and grey flannel dress pants with his beret nicely perched on his shock of white hair. Such a quiet man, shy in a way, but so loving, caring, courteous, and kind to all whom he knew.

One by one the families came to sign the out-on-pass slip; one by one the patients left, bundled up against the chill of the day. They would be back by 8 p.m. they assured us.

Those who were too sick to go home for the day received all kinds of special attention from visiting family and nurses. A young man, who walked with his IV pole and was fighting for his life, had half a dozen young women in attendance; all healthy looking friends who came to help their classmate get through a rough day.

As I settled down to do the day’s mundane paperwork, I noticed one of my senior team members coming toward me, flustered and near tears.

“Nobody has come for Norman,” she said. “Where are they all?”

She went on to tell me he was parked in his wheelchair in his special place—a strategic spot from where he could see the elevator doors and the stairway entrance. He wouldn’t leave his parking spot. But nobody came.

By 11 a.m. it was time for Plan B. We manned the phones and tried to locate somebody for Norman. Nobody answered the calls. Norman refused to eat. He was having dinner at home he said. But nobody came.

Time wore on. We jokingly asked him to come and dine with a bevy of beautiful nurses. He smiled and said, “No, they’ll be here.” But they weren’t.

Norman took his pain medication, allowed himself to be wheeled around to visit a few patients he knew, and returned to his parking spot. Still, nobody came. All our hearts were breaking for this dear old man. By mid-afternoon, Norman’s head was drooping. We knew he had to be hungry. What could we do? So the phone calls started again. Still, nobody answered.

The young man, with his friends in tow, gave Norman several little wrapped Christmas gifts, bought him a cold drink, and made conversation with him. He would not break his vigil, though. He would wait. Norman knew the roads were clear; he knew the usual time his family had Christmas dinner; but he would not give up. Still, nobody came.

Soon the twilight of the winter evening descended on our little hospital, making the Christmas lights twinkle and reflect off the snow on the windowsills and patio. Cars began to return with our patients. The air was quiet as people were put to bed telling us stories of their wonderful day.

The time came when, as team leader, I had to talk to Norman. He must get out of that chair. He was exhausted.

With a crew of supportive nurses around me, I coaxed him to come to his room and open his gifts that had piled up on his bed throughout the day. He reluctantly let us take him back to his room. We had punch and cake and encouraged him to open his gifts. We brought other patients in to enjoy it all with him. We took his picture.

This man was tired and heartbroken. Half of us were in tears, and, when he started to cry, we were all in tears.

Before I left the hospital that evening, I went to say goodnight to Norman. During our talk, I asked him what his job was when he was in the service during the Second World War.

“I was a gunner and a lookout, mostly,” he said, his eyes brimming with tears. “But you know, nurse, this was the longest watch I ever did. 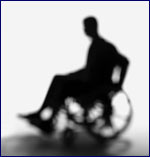 Norman passed away four days after Christmas, quietly, in the middle of the night. In his hand was one of the little gift boxes the young man had given to him on Christmas Day.

Norman had left for a better place.