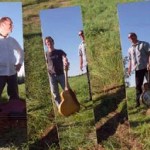 Recorded at the fabled Salty Towers, an Inn in St. Andrews that has become a stopping place for countless musicians from across the continent, the album builds on the success of The Salty Sessions vol. 1 released last year.

It includes 11 full-length tracks and a series of shorter outtakes that have been used as bridges between songs. Like the first recording, the Salty Sessions vol. 2, shows us that it’s all right to have fun producing an album.

When they checked into Salty Towers in June of 2003 they had with them master barrelhouse blues piano player, Bill Stevenson, and the incomparable drummer, Geoff Arsenault. Seven of the 11 tracks use the accompanying talents of these two musicians. All but one of the remaining tracks are classic Hot Toddy. Intense, acoustic and electric, melodic and entirely captivating.

The final track underlines the mischievous side of the band. It’s a dance-like remix of an instrumental tune on the album showing that the band is willing to share the fun they had in recording the album.

Known for their sweet blend of roots, jazz and blues Hot Toddy’s live performances are incredible journeys that create a unique mix of acoustic and electric sounds. Lead guitarist, Joel Leblanc, notes that their mission is to try to keep things as open and spontaneous as possible.

“We try to get something different out of each evening we perform and we are not always sure what that will be.”

The CD release tour will certainly reveal an outpouring of energy that has become the trademark of the trio.

Other release performances include a dinner and show event at The Blue Olive in Saint John and a marquis event at home in Fredericton at the Playhouse Theatre. They will continue the tour in the New Year with more dates in Nova Scotia and PEI and also Ontario.

The New Brunswick concerts are also a fundraiser for the Canadian Cancer Society.

“So many people have been effected by cancer and the music industry is no different. A number of our musician friends have had to deal with the disease. We just want to play our part and try to make a contribution to the cause,” says Thom Swift.

Ticket prices vary from location to location but all shows start at 8 pm. For further information and location of ticket outlets go to www.hottoddytrio.com or call (506) 529-4585